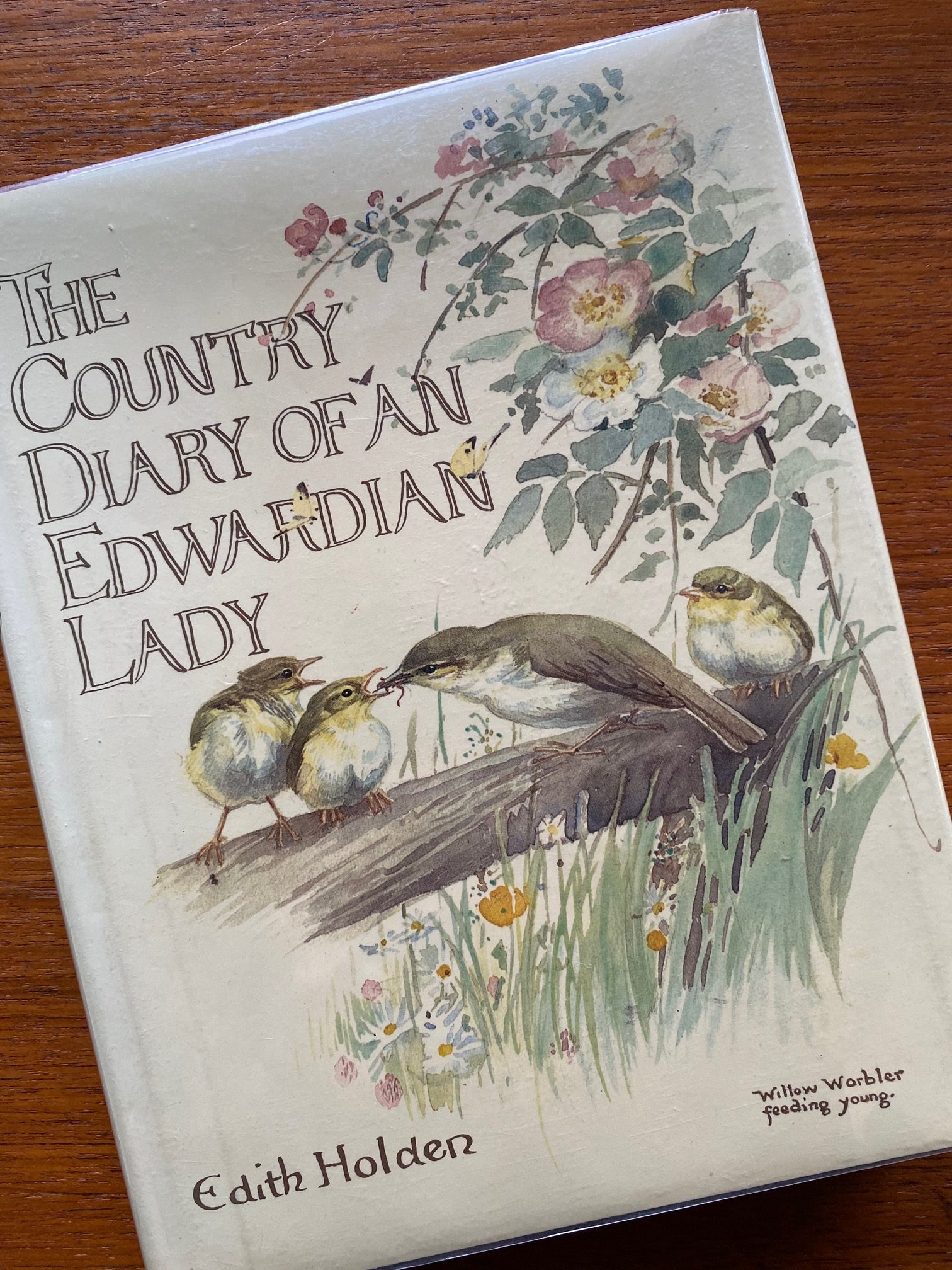 Country Diary of an Edwardian Lady, by Edith Holden, from 1906 but taking the Gift Books world by storm in 1977 and for what seemed forever after. And still available, I see.

This was the reason books like the Mountjoy (and my next two books) even exist, I expect. Holden was a brilliant watercolorist who created a journal that combined The Usual Sorts of sentimental poems with day-by-day observations of her surroundings and careful paintings of birds, mushrooms, trees, flowers, and such. The edition that became so successful was a facsimile: we see every page, her handwriting, and the very occasional mistakes she made. It was brilliantly vivid and richly ornamented, a jewel of a discovery for anyone who picked it up. And…there was nothing in this nature journal to offend the people who tidied up her estate when she died. No reason to tear pages out (as with the Mountjoy) or suppress it altogether (as so many women writer-artists we never had the chance to view).

It was a staggering success when it was published. Everyone bought it; seven years later, when I started working in bookstores, everyone was still buying it, in various sizes, sometimes adapted into engagement calendars, or wall calendars, or address books. And of course all the other publishers wanted some of that sweet Country Diary money, and there was a small flurry of charmingly illustrated Victorian and Edwardian diaries.

In some ways this is an opposite to the Mountjoy. Adelaide is (briefly) writing and drawing the details of her life, not her surroundings. Many of her illustrations are lineups of people in miniature, seated in a drawing room, with their names under them. We find out it’s raining if she went for a walk and drew herself with an umbrella. Edith Holden, in contrast, is not in the least interested in reproducing her life. We find out it’s raining because she tells us it was raining that day, but we don’t have any sense of how that rain affected her. Did she have friends? Did she go on these walks alone? Did she ever get to London? (It happens, yes; that’s where she died.) The Edith Holden one puts together from the work is a top-notch artist, precise and observant; but did she love a good joke? I am pretty sure, from her art, that Adelaide Mountjoy did.

Yes, I am keeping it!

Next up, another lady, the much more fun-loving (if less skilled) Maud Berkeley.