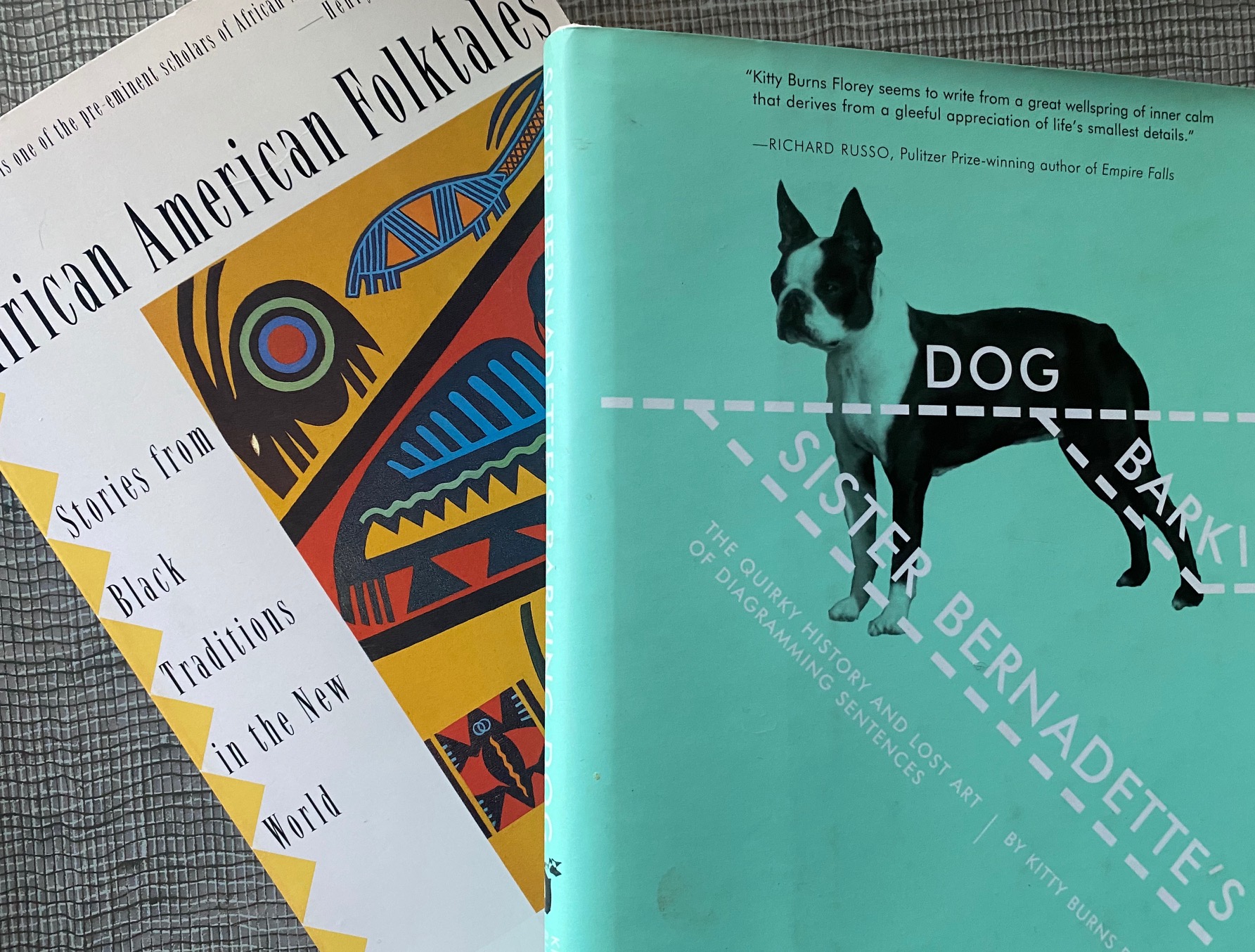 African American Folktales: Stories from Black Traditions in the New World by Roger D. Abrahams, from the Pantheon Fairy Tale & Folklore Library, from 1985. The book is thirty-five years old, though I think I borrowed it from my mom’s used bookstore ten years ago — and by borrowed, I mean stole. Abrahams was a rigorous folklorist, but discussions about race have moved a long way past this book. For one thing, Abrahams is white.

One thing I found interesting was what happens to these stories when you remove the gimmicky orthography and elisions with which folklorists tried to capture the sound of the stories (with varying intent): “Whatebba you do, don’ t’row me inna dat bri’r patch!” These days, it’s hard to read without cringing or getting angry (and sometimes it’s just hard even to figure out what’s being said), however sincere the folklorist was. Abrahams has removed the gimmicks, but retained the words spoken (or recorded as spoken). With the gimmicky elisions out of the way but the prosody intact, the rhythms and drive of the stories come through in a new way.

I flagged a couple of tiny moments as especially fun: In “You Never Know What Trouble Is Until You Find it,” Brer Alligator says to Brer Rabbit, “You have time for a lot of inconsequential things” — which could be said of all of us, really.

Later, in “Brer Rabbit’s Riddle,” we have this: “And when there is someone else there to do the patting [playing], Brer Rabbit can jump into the middle of the floor and just naturally shake the eyelids off of all the others.” This was so charming and vivid, I laughed out loud.

Keep or no keep? Technically, this isn’t part of my books at home: I usually keep it at school with my many, many fairy tale and folklore books. Do school books count? Should they? I am starting to think through my rules for this 1000 books idea, and I haven’t decided. So, yeah, it’s a keeper, but at school.

The next book is unequivocally a potential 1000 book, being in the shelves in the front hall, and also an absolute keeper: Sister Bernadette’s Barking Dog: The Quiet History and Lost Art of Diagramming Sentences, Kitty Burns Florey. Diagramming sentences is a hobby of mine, especially good for long plane rides when crosswords and sudoku quickly pall. I expect I’ll write sometime about why I love this as a hobby, and why I think it makes me a better stylist. Sister Bernadette, welcome to my þingmen (Saga Thing podcast reference; which, just BTW? is amazing) — or, anyway, to be part of the 1000 books for the rest of my life. (For now.)

Next book on the shelf? The Lutheran Handbook from Augsburg Fortress.