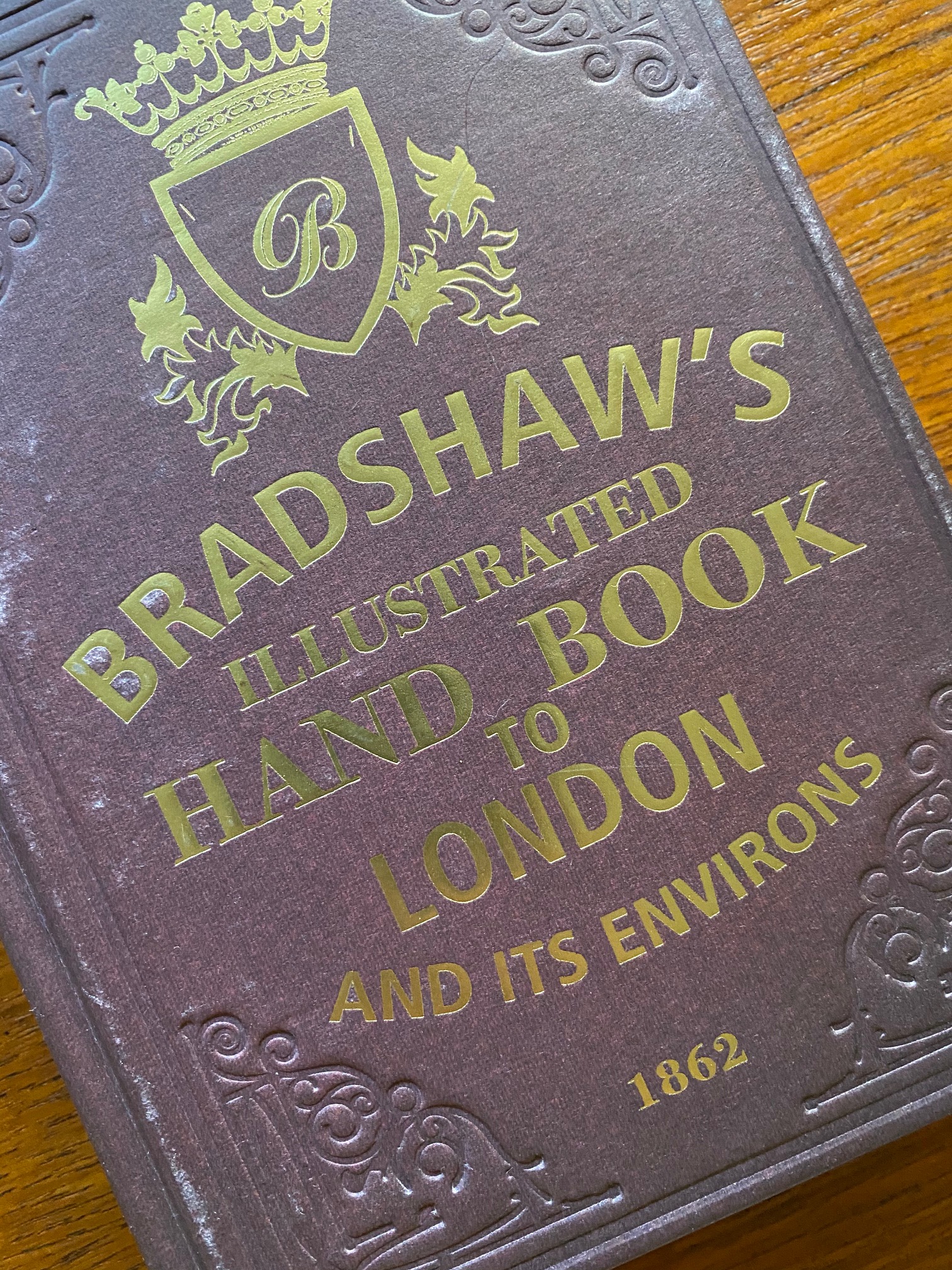 Bradshaw’s Illustrated Hand Book to London and Its Environs, 1862.

I honestly could not find this anywhere online to link to, but it’s a 2012 reprint from a British publisher, Conway Books, of a 1862 guidebook. Presumably, I found it when I was travelling overseas somewhere? Anyway, it’s the exact sort of jam I love, quirky and minutiae laden, full of tiny nerderies about London and British culture at the heart of Victoria’s reign.

…except I don’t care about Victoria’s reign, and if I ever write about London, it won’t be about 1862. After reading some of it, I decided its quirkiness isn’t enough to keep it. I have other very old guidebooks I have read with much more pleasure, so if I ever have an urge toward this sort of funb, I’ll just read one of the others.

Final decision: it ws almost worth keeping just because it’s so odd, but…no. Bradshaw, you have been voted off the island.

Next book: African American Folktales: Stories from Black Traditions in the New World, from the Pantheon Fairy Tale & Folklore Library.

Five things, or down to my last Ngaio Marsh: what to do, what to do?