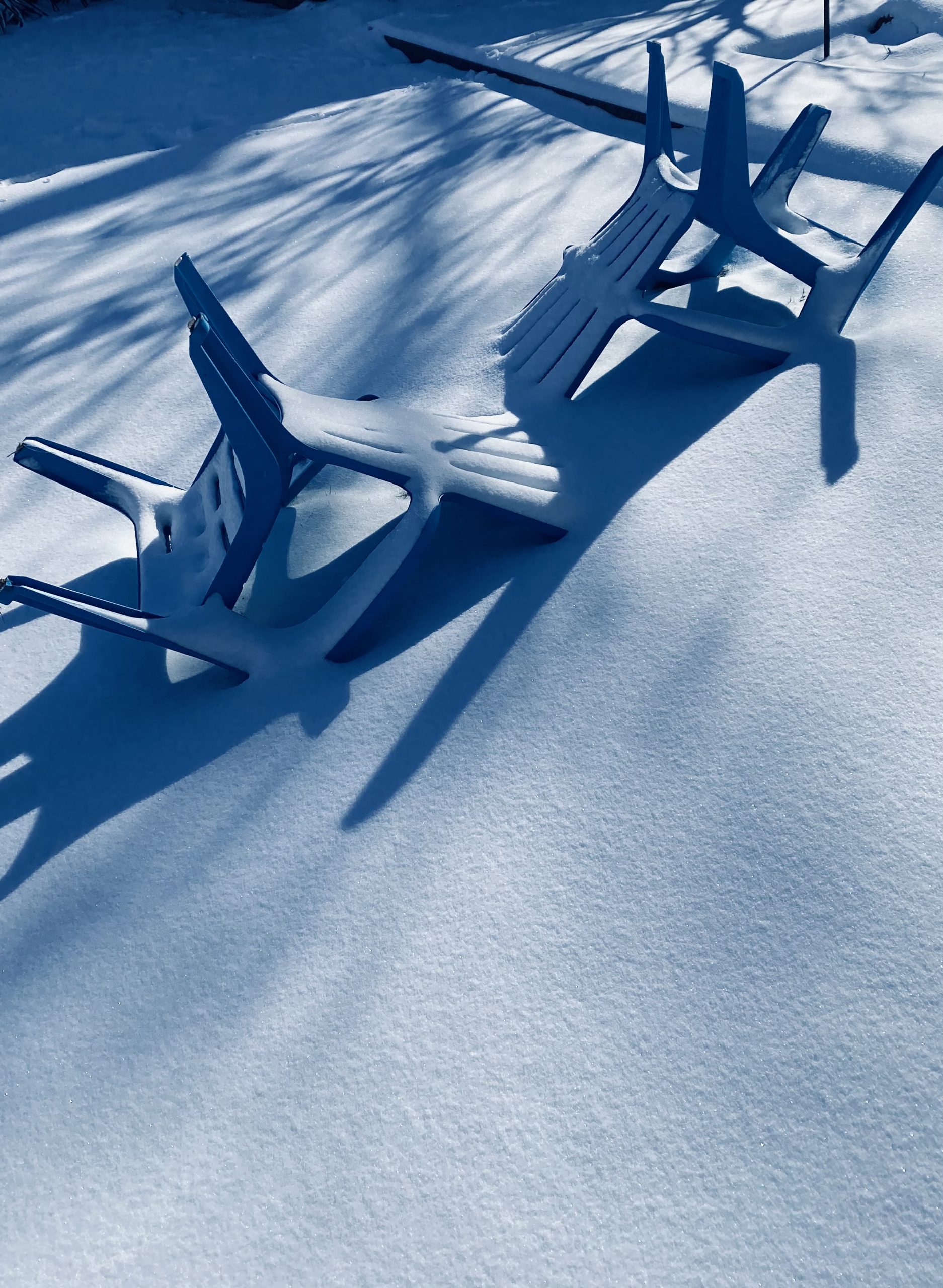 Oh, it was so cold. I worried so much about all the animals I feed. There were fewer every day, and after the fifteen-below night, I couldn’t bear to think much about it. But it’s been warming, and today, with a high of forty (forty! t-shirt weather!), the survivors have crept out of hiding and are eating everything they see — except no one wants the spaghetti-squash rinds I thrw out there speculatively. I even have three bluebirds, though they are meadowland birds and I’ve never seen them on my deck before. Now the warmer weather will feed everyone and water them; the sun will heat their backs and they will prepare for the first wave of babies. Since the squirrels were mating four weeks ago, baby squirrels at least will start popping out in a few weeks — and I will see them a few weeks after that. Hurrah, hurrah, hurrah.

Worrying about the animals was evidently one layer of stress too many. I spent the first half of the week unable to concentrate on even basic requirements (like class), but since then I have been slowly pulling myself together again. I caught up on school, I caught up on emails and mail, I did some laundry — all the things that are usually routine. I started to focus again on The American Tour, and realized (finally) that I can’t write this chapter without more research. I can’t even figure out how to fake it without more work. I wrote to some specialty museums and got a bit of information, then write to the reference desk for the law school, and got a lot more. I do love librarians. I still haven’t found the perfect research site/material yet; but at least I have leads.

I have been reading still more crime novels, but have now run out of paper books: my preferred way to read mysteries — something about the smell of the pages. I also have run out of yarn, so watching shows in the evenings is less enjoyable. “Run out of yarn” — how does that even happen? Six weeks ago, I bought eighteen skeins of chunky yarn to knit an afghan. And I used it all up, because chunky skeins are only a hundred yards or so. Afghan done (and very attractive): now what? I ordered more yarn (from Madeline Tosh, for those of you who are yarn people) and now I wait.

Interesting and fun: I was contacted by an Iranian press about translating The Dream-quest of Vellitt Boe into Farsi. The most unusual translation for which I was paid, remains Klingon.

The week’s things, more or less.