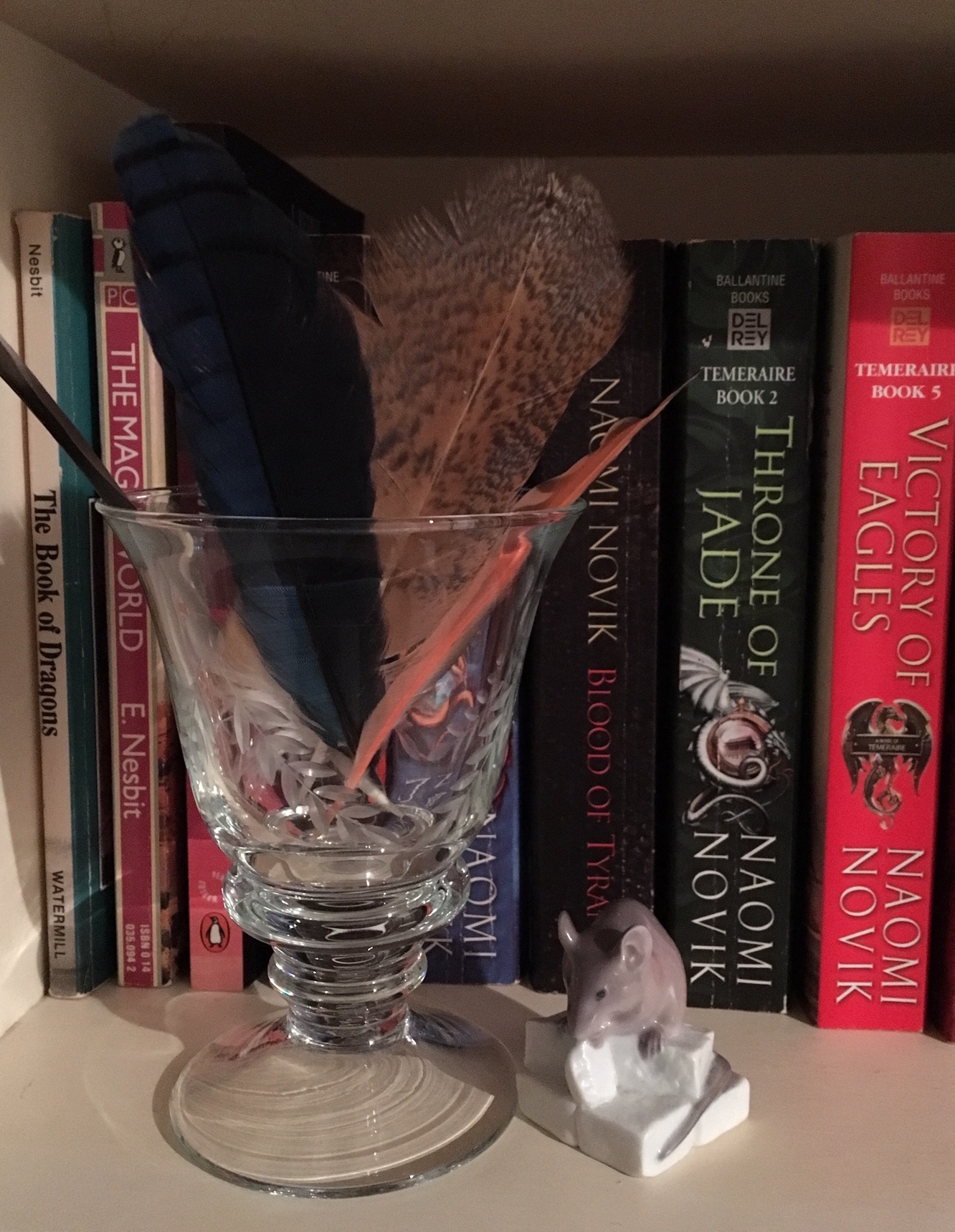 Fall came, in an icy blast that I was not ready for. I mean that literally: the batteries in my thermostat had failed, but I had not noticed until the temperature dropped overnight into the 40s outside and to the 50s inside. Actually, I realized it at 11:30 at night, cuddled up in bed with a crossword. Eh, I thought, I can wait to sort this out until tomorrow. I pulled the covers over my head and slept well (despite the cat huddled for warmth on my hip/stomach/neck) — but oh, the morning was hard getting up.

Still, it’s lovely. I raked up a bunch of leaves and threw down food for the squirrels that visit my deck upstairs, and more on the lower patio, where the rabbits come. I organized the downstairs rooms, which will eventually be guest rooms, and vacuumed, and strategized about whether I want another cat, and what that would take.

Another cat! Am I mad? But, why not? I only have one, barely even a starter set.

Writing has been progressing. I have a smallish project, to fix my share of the 7×7 collaboration (Holly Evander was great, and has nothing to fix). I had something rejected (it happens to me, too), so I resent it. I sent something new out, making six new works of various sorts since July, for a total, amazingly enough, of 17k words. Of course, it doesn’t seem like it, and it’s not at all like 17k of a novel or even a novelette. Not all of these pieces will sell, alas. Only four are fiction, one of them a weird and unreprintable collaboration; five are experimental, and one is almost incomprehensible, so it might never sell at all. One I’m not even trying.

But in the next week or so I will be ready for the next story to start. “Noah’s Raven” was me finding out whether I could leverage what I had learned about process from all the experimental pieces into a more or less traditional story. The next challenge could be, now do it at a longer length.

I’ll be in LA in a couple of weeks for World Fantasy. I think I may read “Noah’s Raven” there. Wish me luck: a reading is where I always learn what’s actually wrong with a story.