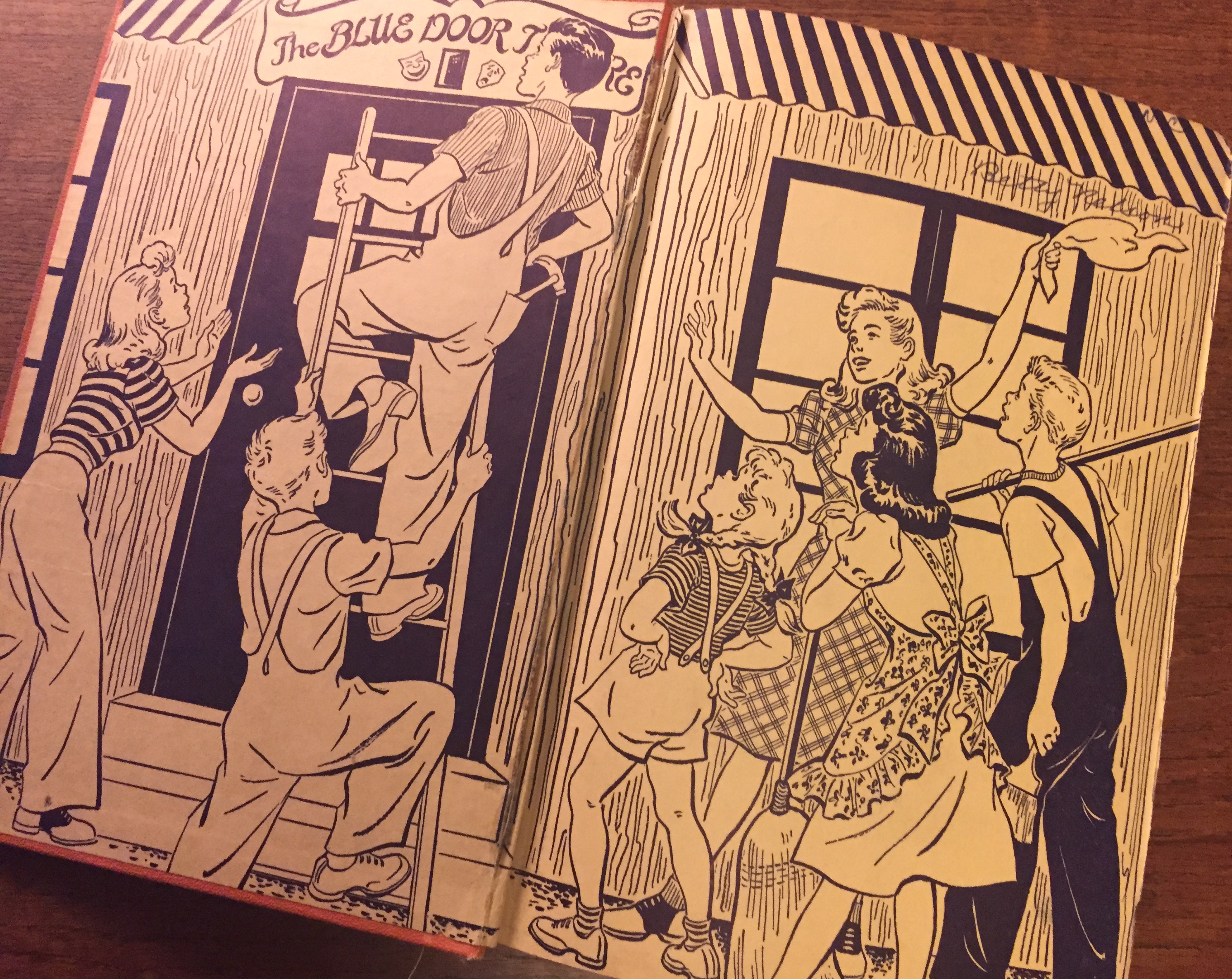 My mom has never given away many secrets about herself. I do know she was the only child of a housewife and a man who traveled the northern tier of states selling Fairbanks-Morse scales. I don’t know if she had friends or hobbies. I do know that she broke her elbow roller-skating when she was in third grade, but it wasn’t until two years ago that I learned her big ambition as a little girl had been to be in the roller derby. (I am still processing that one.) She didn’t give gifts except for birthdays and Christmas; she hugged but didn’t say I love you.

But once in a while, Mom let her guard down and shared something she loved. Others will come up here, as some of her favorite authors became my own: Georgette Heyer, Lloyd Alexander, P.G. Wodehouse. But this one was something different: not a book for grownups or a book she discovered when she was an adult. I was still pretty small when my mom gave it to me, an old hardcover book bound in fading orange buckram: The Swish of the Curtain by someone named Brown, published by Winston (whoever they were). There was a small drawing of a girl dancing on the front cover, and comedy/tragedy masks on the spine. It was beaten up in the way that much-read books are worn, and loose threads stuck out at the edges and on the spine. I read this when I was your age, she said. In fact, this is the copy she read: you can just see her handwriting, below the striped awning on the right side. Betty Nelson. My mom, back when she was a little girl. Did she put herself to sleep at night pretending that she was starting a theatre company?

The Swish of the Curtain was written by a young woman named Pamela Brown. Very young: she started it when she was fourteen, in 1938. When the war started and her family retreated to Wales, she sent back chapters to her friends; a few years later, the book was published. I didn’t know all this when I read it — my life might have developed very differently (though probably not for the better) had I known fourteen-year-olds not only could write novels but could get them published — but in retrospect I see it. It’s exactly the sort of story a teenaged girl would write. Siblings from three neighborhood families (aged 15 to 9) start a theatre company in an abandoned chapel in their hometown, Fenchester. They wrack their brains for play ideas; they swot for exams at school; they goof off and bicker, meet allies and enemies, and fight for the future they want. It’s full of pleasant ink illustrations.

The first time I read it, I was enchanted. This was my mother’s book, something so precious to her that she had hoarded it for decades. It felt transgressive, as though I might get in trouble for this glimpse into who she was. And then she gave it to me? Randomly, out of the blue, on an average day? I read it many times each year. In fact, I never got tired of rereading the adventures of the Faynes, the Darwins, and the Halfords — even now, as I read it after forty-plus years of reading it annually (or more); even though I can recite whole scenes word for word.

I always wondered. Would I have loved it this much if it hadn’t come from my mom: a little insight into her dreams, into the child she once was? As I said, she was an only child. When she read this, was it the entree into an adventure she longed for, a world with siblings and friends, theatres for free and kindly bishops, a world where children could know what they wanted and then be allowed to actually have it? Certainly it was all those things for me.

It still works its magic on me.