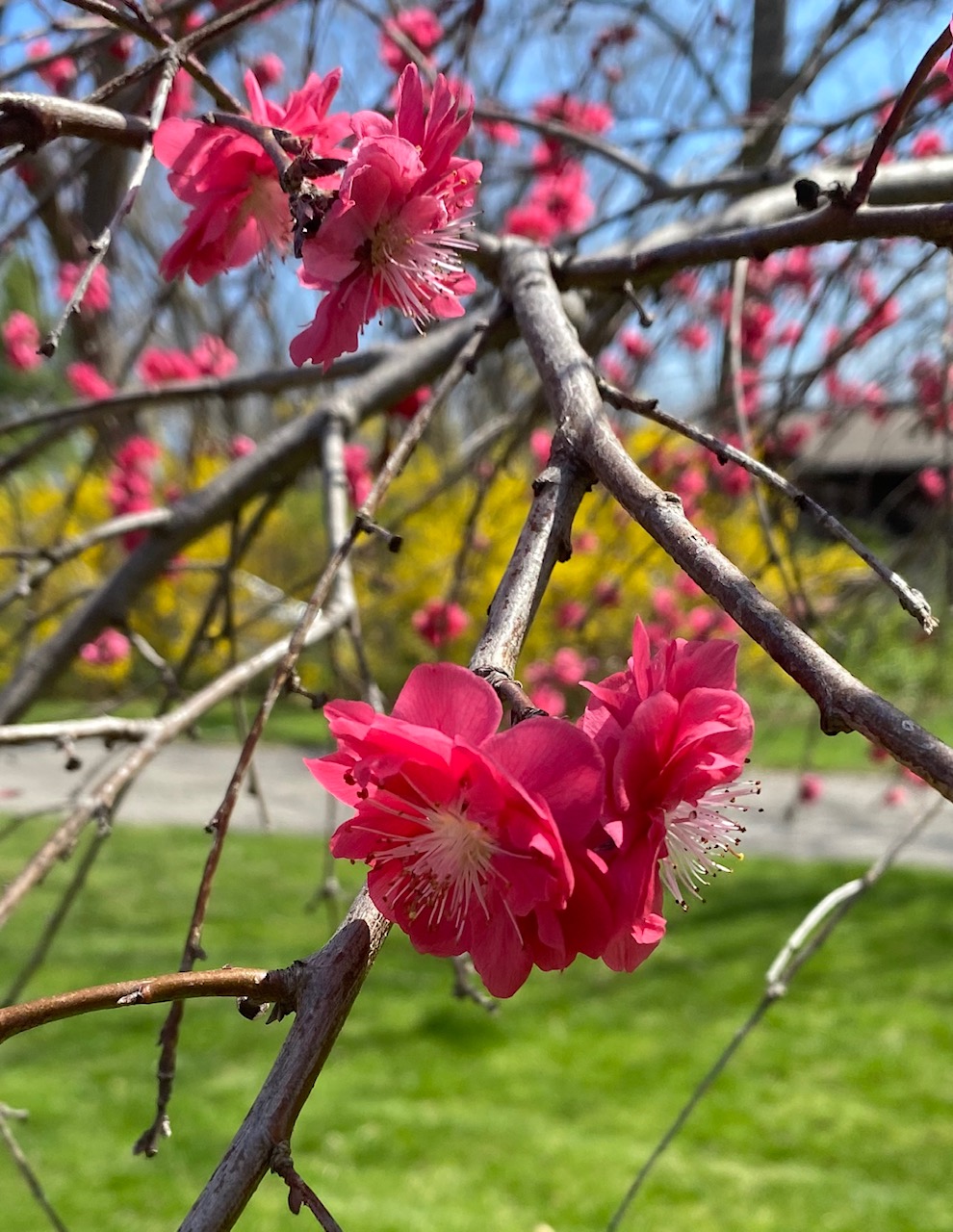 …in April. This picture was from yesterday, a tree in my neighbor’s yard. Even this brilliance fades on such a gray day.

On Wednesday, I was working at a little table by the sliding door to my deck. There were a bunch of squirrels out there: four on the railings, four or five spaced out on the floor; one on a branch I’ve placed to make it easier for them to get to the roof. I wasn’t really paying attention , but there was a sudden universal thundering as every squirrel simultaneous leapt for cover, pouring off the railings into the bushes. I barely had time to notice this before I saw why: a huge hawk coming in fast and low through the trees. Squirrels all vanished; it pumped its wings once and changed direction. It was ten feet from me, and I could see the daylight through its wing-feathers.

It landed in the tree closest to the deck, twenty-five feet up from the ground, but only fifteen feet up from the deck. I went out to scare it off, and found myself looking almost straight up at its fluffy underside. I talked to it, whistled at it, and yelled at it. It ignored me. I started picking up twigs and small sticks that had fallen on the deck; it tipped its head and stared down at me, but didn’t move. It was going to outwait me. I find bird feathers sometimes underneath the deck.

I had plenty of time to turn on the water and drag the hose up onto the deck, all the time in the world to aim and squirt it. It jumped as though I had bitten it, and flapped off, scattering water droplets that sparkled in the sun.