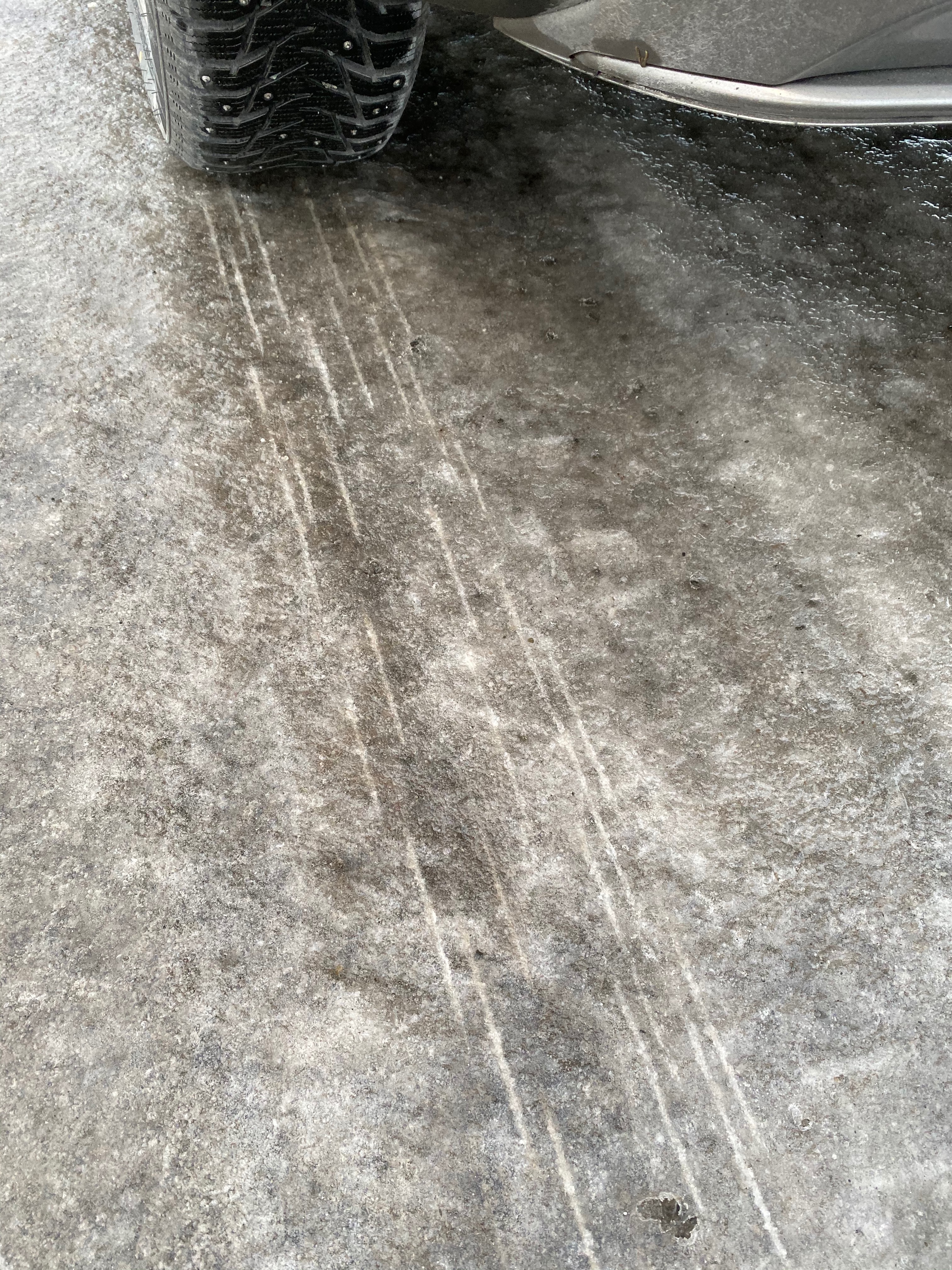 (Pic is a close up of what studded tires do when they gently skid across glare ice, from Iceland of course.)

Last night when I was riding home from class, I slid my beloved little Kymco scooter on a patch of sand at a street corner, and went down. I was heavily dressed, in gloves, hi tops, and a helmet, so I am not nearly as damaged as I might be — mostly it’s a couple of sprains, plus a lot of weird bruises from places, and contusions through my clothing. Oh, and I scraped the eyelets out of my shoes, so that the shoelace was just a pile of sharp-edged 2″ chunks, as though I had cut it into pieces. Very weird.

Anyway, I did hit my face pretty hard, so I have some small scratches on my nose, and then hideous scrapes across my upper and lower lips, plus a spectacular dark purple bruise that covers my chin. And I broke two teeth, which was the thing that freaked me out the most.

I was checked at the site by the EMTs who released me, as I hadn’t lost consciousness and everything seemed to be operating the way it should. The cops rolled the scooter to my house because I was less than a block from home when it happened. Chris McKitterick came over and checked on me, and went out into post-game traffic to buy me some painkillers and antibiotic ointment that wasn’t twelve years old. The dentist very nicely got me in today, and spent a couple of hours making some front teeth, so I have those now.

New teeth was an expense I really was not ready for (and may not be covered by insurance because front teeth are, regardless of why you get them, “cosmetic,” and insurance doesn’t pay out on cosmetic stuff. What. The. Fuck.) but things could have been so much worse. As it is, I’ll be sore for a week or three and look hideous for a month or so. I’ll have to  replace those hi tops and maybe get a new coat and I am so, so grateful it was only this.