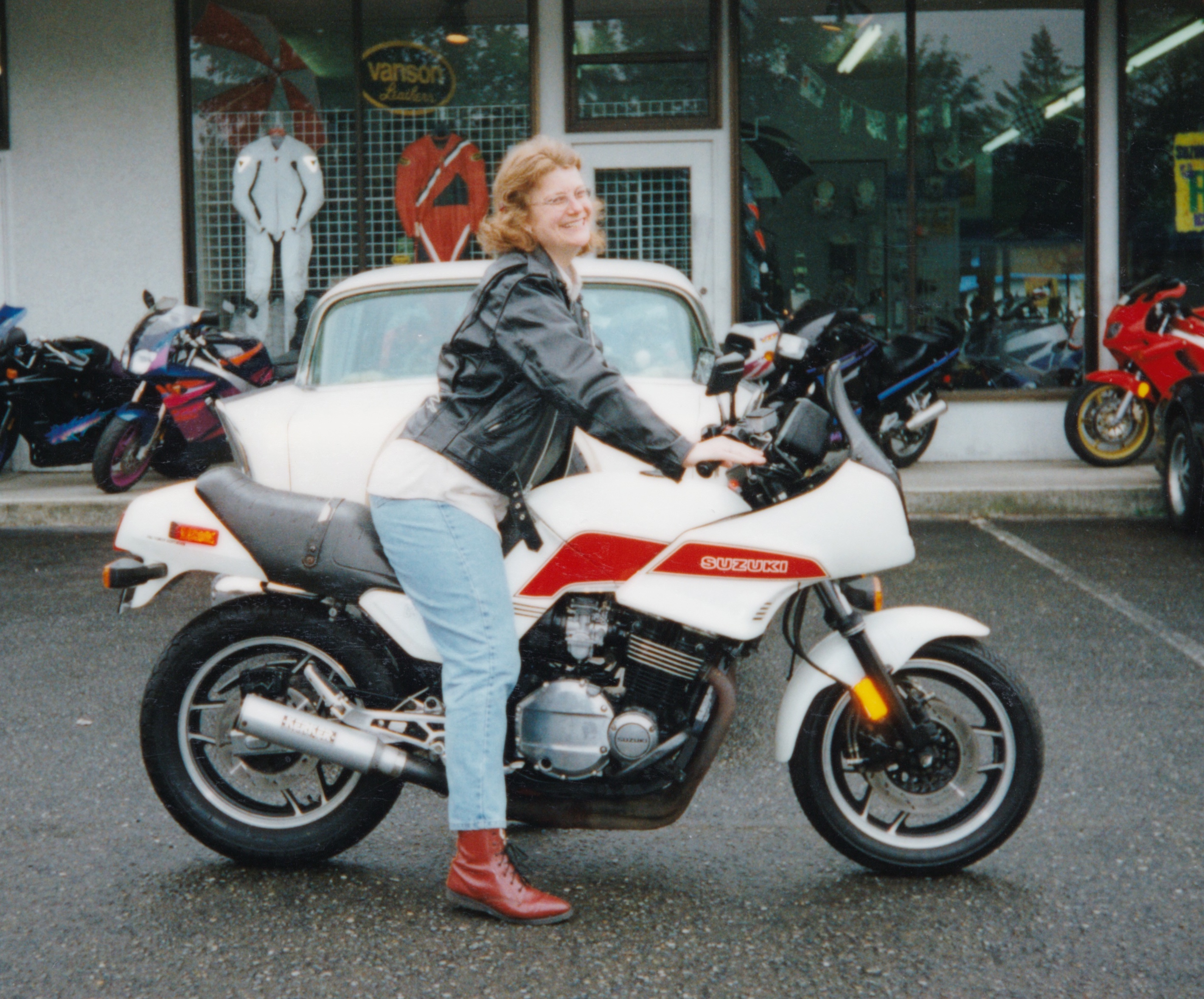 I have said before that riding this scooter, but motorized two-wheelers in general, is one of the great pleasures in my life. I have always known that, like climbing, there would come a day that I would have to stop, and that I would grieve as much as I did for climbing, when I stopped that. (Flash forward to the end of this post: this is not that day.)

So, in February I had that accident on the scooter: broken teeth, scraped face, bruises and contusions, sprained chest, messed-up knee. We got the teeth mostly fixed within a week of the accident, and over time everything except my knee got steadily better. (Knee is a different story, and not today’s.) Various things on the Kymco were damaged or knocked out of whack, so I called LF Scooter, who took it to their shop and fixed everything, then took it for some spins to doublecheck. I got it back about three weeks after the accident. I was still pretty battered and by then we were starting toward isolation, plus it was cold and there was still a lot of sand on the streets (which is why I slid in February), so…I just didn’t get back on.

But this accident was 100% the road. Greasy, slightly damp sand in the darkness…my fault was in not predicting it, but I’m gonna cut myself a little slack over that. The pavement was already dry everywhere else, just the sand was damp, and the patch wasn’t big, it just was deep enough to ruin my wheel’s contact with the road.

Last week I realized I wasn’t just staying off the bike because it was cold: I was scared. Part of the trouble is that I didn’t black out. I remember everything, in excruciating detail, up to the pattern the greasy sand was making on the pavement in the split second before I hit it — and everything afterward, too:  spitting bits of tooth out, and what I said to the EMTs, and the police officer who helped me home, and, and, and.

So I took it out, and it was as if I had forgotten everything I knew about riding. I couldn’t right turn without slowing down to nearly a stop and inspecting the pavement ahead of me for sand. I couldn’t keep my head up, always looking right in front of the wheel instead of where I wanted to go.

I know better; I’ve been riding for a long time. I’ve also been here before. Less than a year after I bought that lovely 750 in the picture, for some reason I was having to ride Chris’s big, heavy, too-tall 1150 down to Renton, to pick him up at the airport. I came into a hard right turn on the freeway much too hot, and for a split second that will probably be the last memory I have before I die, I saw the concrete barrier literally feet in front of me. All my practice and the class I had taken rose up in me, and I heard a voice in my head yell LEAN, and I did. The front tire crunched through the dead leaves that had heaped at the barrier’s base, but I was safe — although I had eleven miles on the freeway to go before I could stop and throw up.

Last week, when I was telling Chris about my nervousness getting back on the road, he reminded me that I had been scared after that, too, so I went back to practicing in parking lots and on slow surface roads, racking up hours of successful, no-close-calls riding. After a while I forgot I was nervous, and then that I had ever been nervous.

So, I know what to do here. Practice, go back to the beginning and relearn mindfully how to turn right, turn left, change lanes, stop safely. I started last week and even by the second day it was starting to come back to me. It’s not easy, but it’s like physical therapy for a sprained ankle or a broken leg: you start with ten steps and then a hundred, and then a thousand.

From Patreon: Good news is, no serious damage.

From Patreon: Centaur me.
lifepatreonscooter