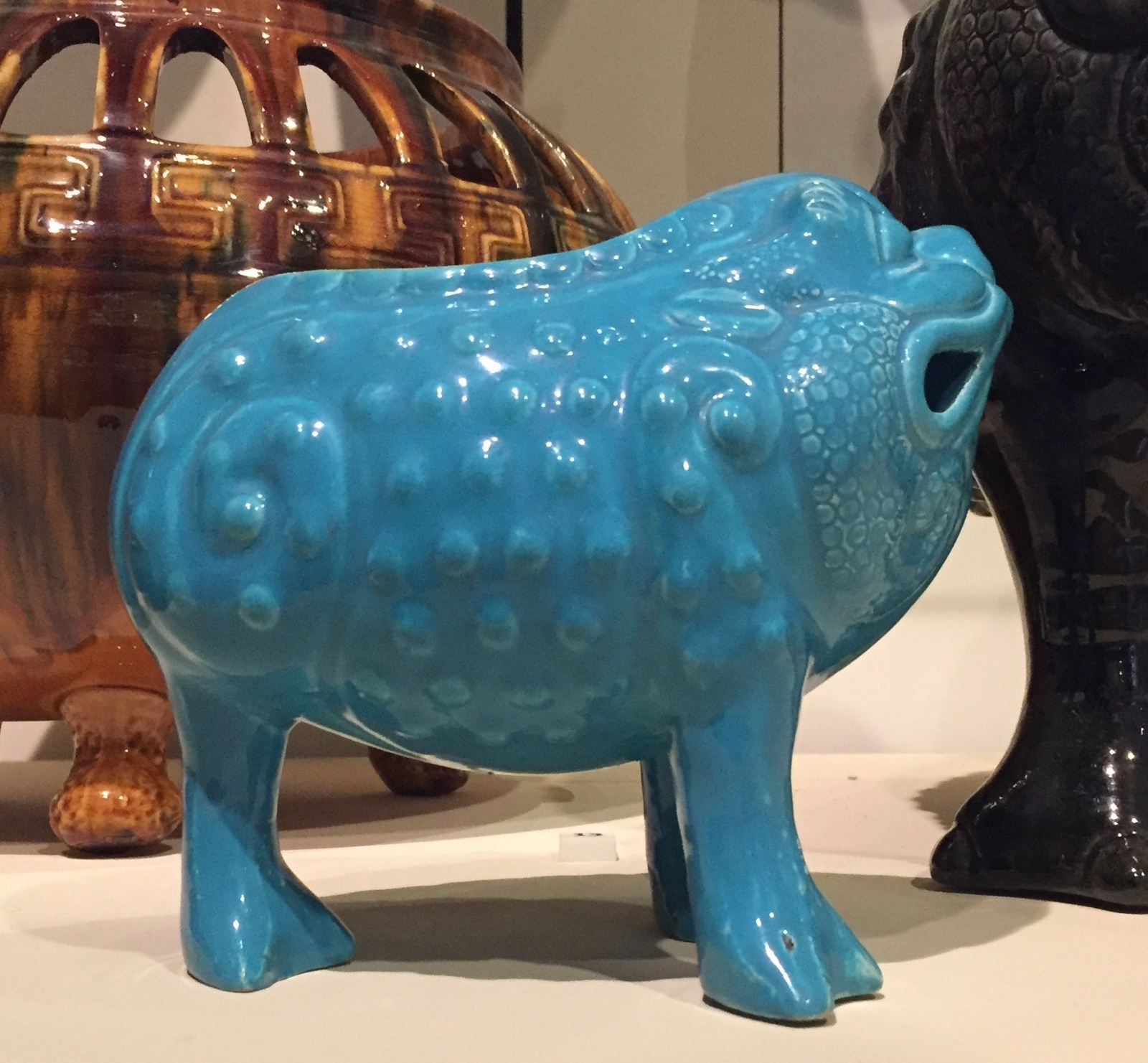 (This is a moonpig or something? Maybe a moondog? Moonfrog? Anyway one leg in the back, two in the front, hideous expression, and man do I want one. Anyway, the Edinburgh museum from October.)

Not much to pass on at the moment. This is a very involved week: three theses to discuss, plus a graduate comprehensive exam, plus a dissertation defense on Friday, plus two grant applications, one due on Friday as well. Oh, and some classes.

Still, here’s a thought….there’s something sort of divine about stealing a minute from a week like this to read a story or a chapter of a book just for pleasure. Since December, I have been trying to read something for fun every day, to refill the well — and, after all, I learned to write only because I loved to read. Right now it is William Morris’s Iceland journals from the 1880s sometime. I have read a bunch of Icelandic travelogues by now, but his charms me in a new way. He has such profound knowledge of furniture and architecture that he never says, “I walked into their tiny parlor, which I found packed with trucks and clothes-presses,” without also telling me that one of the trunks was 15th-century German, and another looked as though it had been carved in the 13th century and repainted in the 16th. It felt a little precious until I suddenly remembered: this is fucking William Morris we’re talking about. The. Maker of furniture, designer of wallpapers, a star even then in the European design world. If anyone is going to recognize at a glance that a rocking chair in a turf house in Iceland is actually 17th-century Dutch, it’s him.