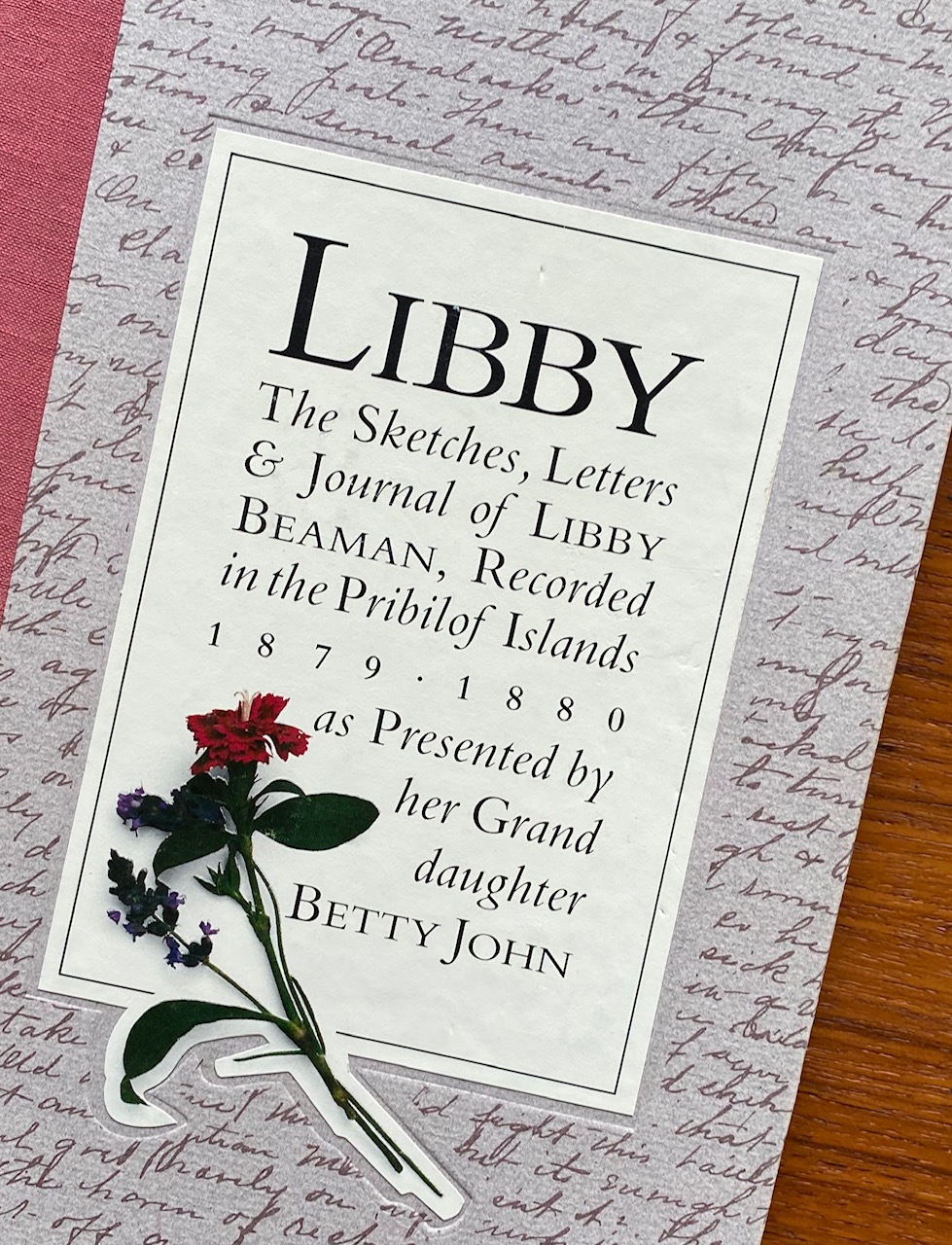 Another one of these luscious, lusciou books that became so popular after the Edwardian Diary: Libby: The Sketches, Letters, & Journal of Libby Beaman, Recorded in the Pribilof Islands 1879-1880, presented by her granddaughter, Betty John, in 1987. I thought this would be another precious little article, like the Barbara Johnson, but in fact, no: there are a million of it on Abebooks, and they start at an almost embarrassing $2.50. This is astonishing to me, since the book is oversized and lavishly illustrated with B&W drawings from the original.

I will never get rid of this one! St. Matthew Island, where Libby lives, is hella north, north even of the Aleutians, in the water between Russia and Alaska. Libby was a young wife who kept diaries of the island and its inhabitants, complete with little lifelike drawings of the pelts brought in to her husband.

It’s another one that asks questions about gatekeepers, though. In her introduction, Betty John talks about having seen the diary as a child. Her grandmother would never let the children handle the diary, but they did get to see it all as she flipped the pages for them to read over her shoulder. In time, John’s grandmother died, and her grandfather hid the diary away in a trunk; after he died many years later, when she saw it again, but it was missing pages she remembered vividly — pages her grandfather presumably removed for reasons that made sense to him.

So, is this Libby Beaman’s diary? Or is this the parts of Libby Beaman’s diary that her husband (and later her granddaughter) thought conveyed the right Libby Beaman? This is why I am donating my diaries intact to the Spencer Research Library, embarrassing love poetry and sexual confessions and whiny complaints about people and all. The right Kij Johnson is the completest Kij Johnson, at least as far as these sorts of things go.

Next up: The Thirty-Six Immortal Women Poets.