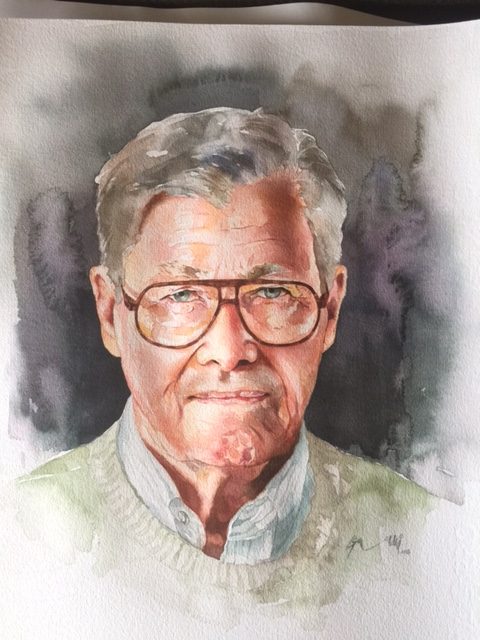 This morning, James Gunn passed on at the age of 97. We’re not sure of what, but it probably was congestive heart failure. He went into the ER on Saturday morning, where they were not able to regulate his heartbeat. There will be official announcements and eventually a memorial.

I was lucky enough to see him every week (and toward the end, twice a week) at his house. He was my covid bubble, the only person I saw consistently in these last nine months. I would bring him sweet rolls or omelettes and share coffee and listen to him tell tales from his life and career; we would talk over the stories we were working on (he sent out his last story one week to the day before he went into the hospital) and I would help him with reading cards or simplifying his computer or unpacking his dishwasher. He lived alone, exactly as he wished, right up to the last.

I am of course so sad about this. It’s such a cliche to say he was like a father to me, but he was. He was an important part of my life since 1994; he was maybe the most influential person in it for years and years, as I moved from Seattle to Lawrence so Chris could take over the Center, and much later, as I applied for jobs and ended up here, at the University of Kansas. I will miss him in so many ways. It was a privilege to be there as much as I was at the end.