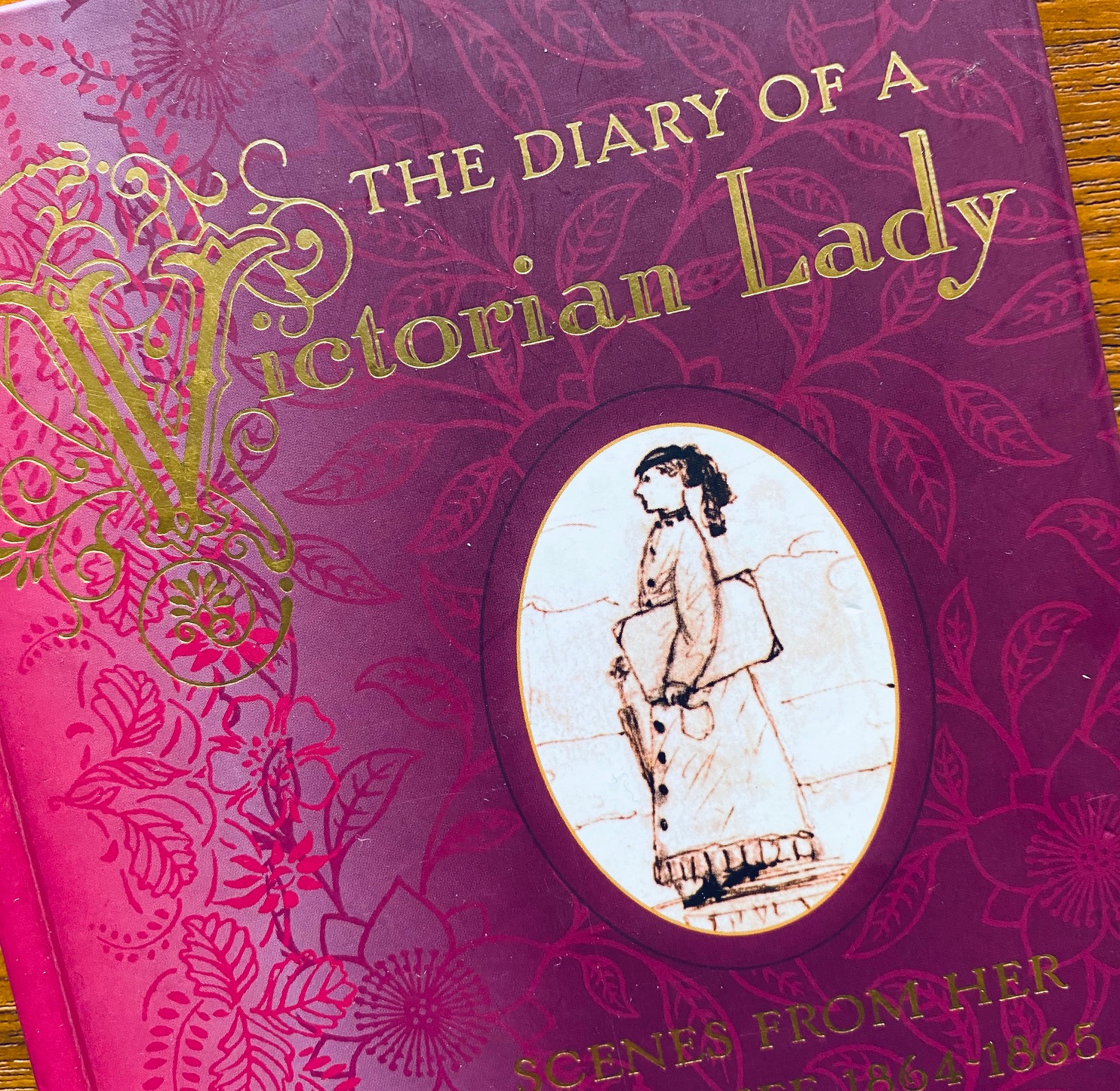 The Diary of a Victorian Lady: Scenes from her Daily Life, 1864-1865, from Adelaide Pountjoy.

This is a total pleasure: a young woman of considerable leisure took her week-to-a-page diary and on those little rectangles, instead of describing her day, she drew tiny pictures. One of the pages is here. These drawings probably aren’t any larger than this edition has them, which means the delicate caricatures are even more amazing.

Of course I am keeping this one. This is exactly the sort of slice of life I adore: immediate moments in a young woman’s life, in this case vividly depicted visually. I can actually see the drawing rooms, and her raised skirts of walking in the rain, and the Bath chair they “borrow.”

It makes me think, though, about how fragile this sort of history is. There are only a few years of Pountjoy’s diaries still in existence, and pages have been torn out, we don’t know why. Did she say too much about a lost love one, or a new beau? Or did some officious relative clean up her story after she died, as happened with Jane Austen’s letters? But they couldn’t just throw it all away, because it was so cute, just…remove the parts they didn’t like. So Pountjoy was luckier than tens of thousands of people (many of them women) who kept track of their lives in less charming ways, ways that were a lot easier to burn in the fire, to protect their reputations or the family’s respectability. How many Fanny Burneys were thrown away, as though their careful review of their lives was unimportant the minute they were gone? When you add in the further complications of race and class and necessity, and the ones who told their stories but did not (or could not) write them, it gets even more distressing.

This is true about all nonprinted literatures (and art). How many sagas were lost, how many mock-heroic poems about kitchen work, how many stories written for one’s own entertainment or the amusement of one’s family, how many comically visual essays about family doings, how many careful watercolors of strangely conformed birds, how many women’s stories, how many poor-people stories, how many stories by people whose ethnicity and skin color made their recorded thoughts seem valueless to whoever followed them?

I’m sure I’ll think more about this as I navigate some of the other women’s diaries and memoirs I have.

So, yes, I am keeping it — not just for Adelaide, but for all the others, and especially all the other women, the ones who were erased.

Next one is The Country Diary of an Edwardian Lady, that bookstore selling-machine in the 1980s. Probably some more Food of me People, too, though.