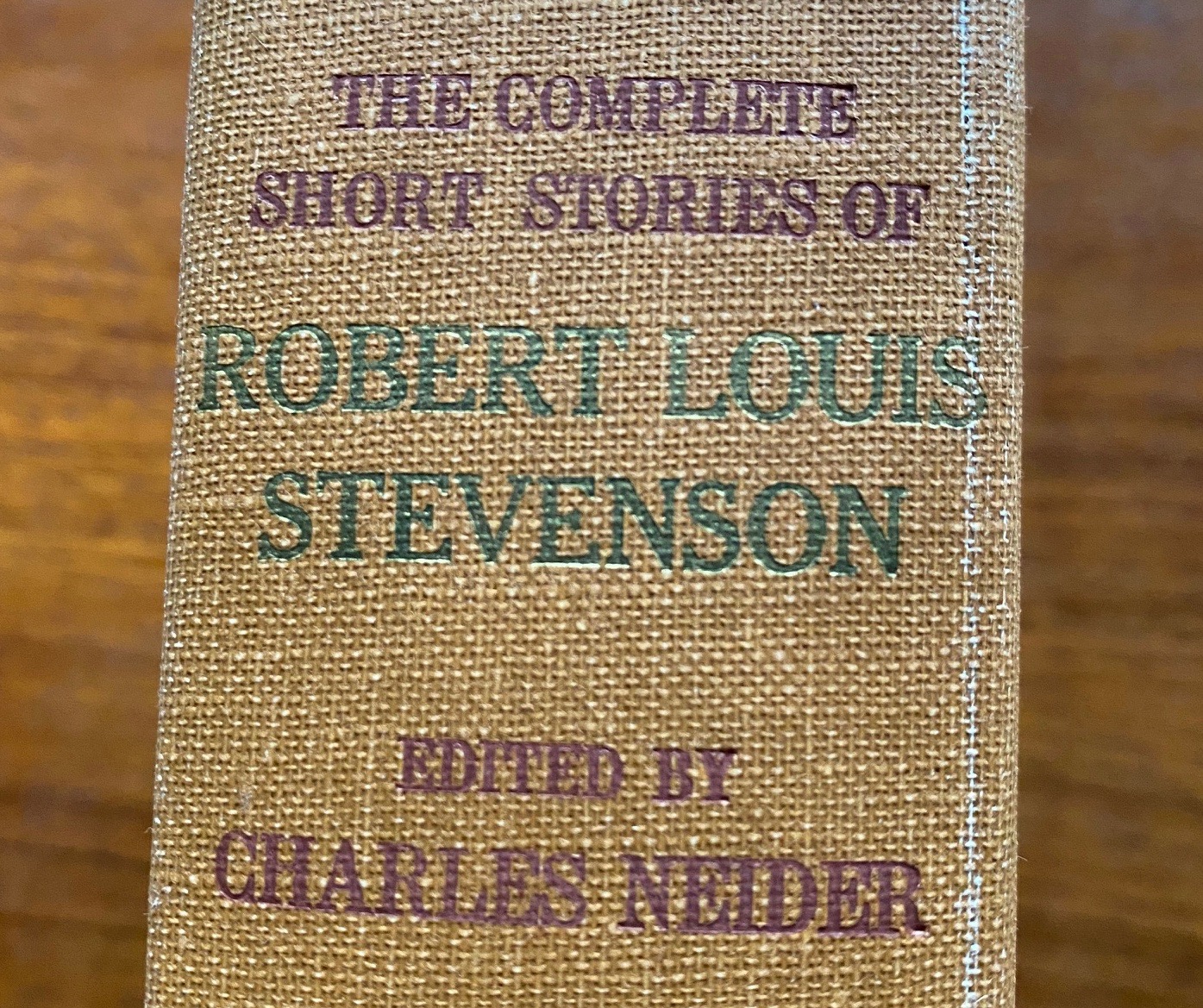 Complete Short Stories of Robert Louis Stevenson, collected in 1969 by Charles Nieder. Not actually Buddhist Cosmology, which I am still in the middle of, and enjoying a lot more than I expected. And also, not on my shelves with the nonfiction; it just was a book that I had knocking around, assuming it belonged in the 1000. I mean, I liked “The Suicide Club,” tight? And “The Bottle Imp” and Thrawn Janet” — classics, right? And I do love his travel writing.

So yeah, or no. I hadn’t read all of these stories since I was a kid, and I know I had no judgment back then, since I was reading everything — everything — in the public library, shelf by shelf, which means Bulwer-Lytton and Grace Livingston Hill back to back with Virgil and Sherwood Anderson, and my invariable reaction was cool, what’s next. I don’t know much about him, except that he died young, was married to an interesting woman, was a Socialist, and talks way too much beating his donkey in his travel memoir, Travels with Charlie. His stories are racist in odd ways sometimes, which makes me wonder which parts of it are systemic and cultural and which personal and specific. His women characters often (but not always) feel like stock characters. His prose is usually interesting and sometimes becomes trancendent or uniquely insightful, though I forgot to mark any of these to tell you.

There are a couple of stories I am still thinking about: the poorly titled, “A Lodging for the Night,” actually a savage and vivid night in François Villon’s very seedy life, and “Will o’ the Mill,” which is beautifully rendered, the life of a man who goes nowhere and does nothing.

Is it one of the 1000? It is not. All of these stories are available online, anyway. But it reminds me to go back and read more of his travel writing — though not Travels with a Donkey. Back to Buddhist Cosmology.