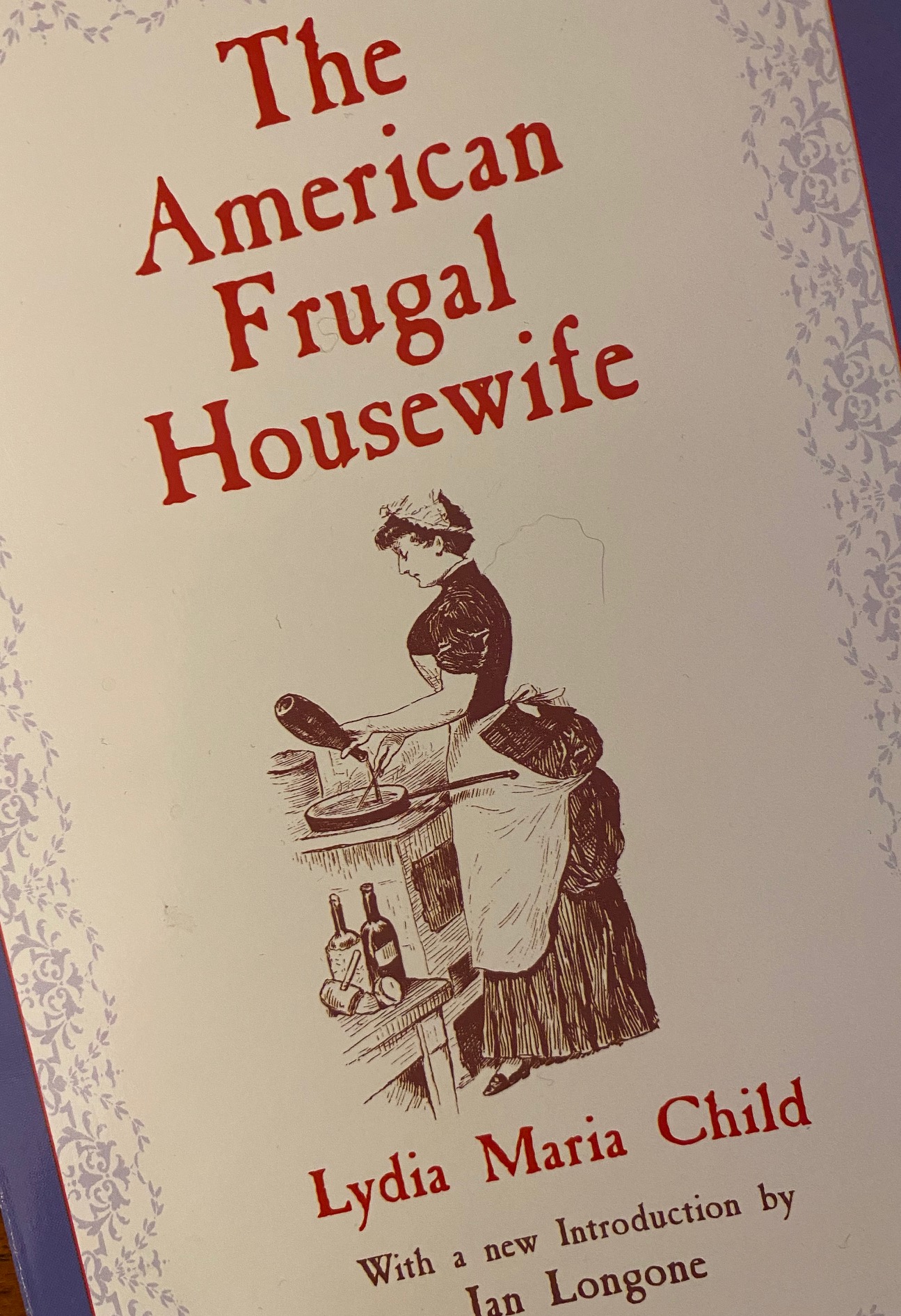 When did I get so many old cookbooks?

The American Frugal Housewife, by Lydia Maria Child, a fascinating antislavery and women’s rights activist, originally published in 1829 or so, reprinted by Dover in the 1990s.

Pursuing my Mother’s Sausage thoughts, Child doesn’t include anything so specific, or referencing women’s health at all. But she does have a recipe for sausages:

Three teaspoons of powdered sage, one and a half of salt, and one of pepper, to a pound of meat, is good seasoning for sausages.

Compare this to the last recipe, which had 5T salt, 3T pepper, and 3T of sage (or pennyroyal) to twenty pounds of meat (and all the numbers spelled out, so it can’t be the simple typo of adding a zero) — there is obviously something going on with that recipe in the Ladies’ Floral Calendar. I will keep an eye out.

Apart from this, it was another delight. Child was probably not a hoot to be around, but she is nevertheless a pleasure to read. It’s sometimes uncomfortable reading: she wants parents to raise their children to live within the means of the parents, which does actually make good sense — no piano lessons for your daughters unless you foresee a life where piano playing will be a thing, probably by marrying into it — but it’s hard not to read the radical acceptance/cold pragmatism she is espousing as one way to keep the poor from becoming uppity. Reading about the rest of her life, I don’t think that’s probably her intention, but she is from the early Victorian era, after all, when the world was clamping down after the slipperiness of the Georgian and Regency eras.

Is this a keeper? Maybe? How many cool old cookbooks does one need?

Next up, a, hmm, it looks like a cool old cookbook: A Plain Cookery Book for the Working Classes, from 1852. Wonder if they have any sausage recipes in here?