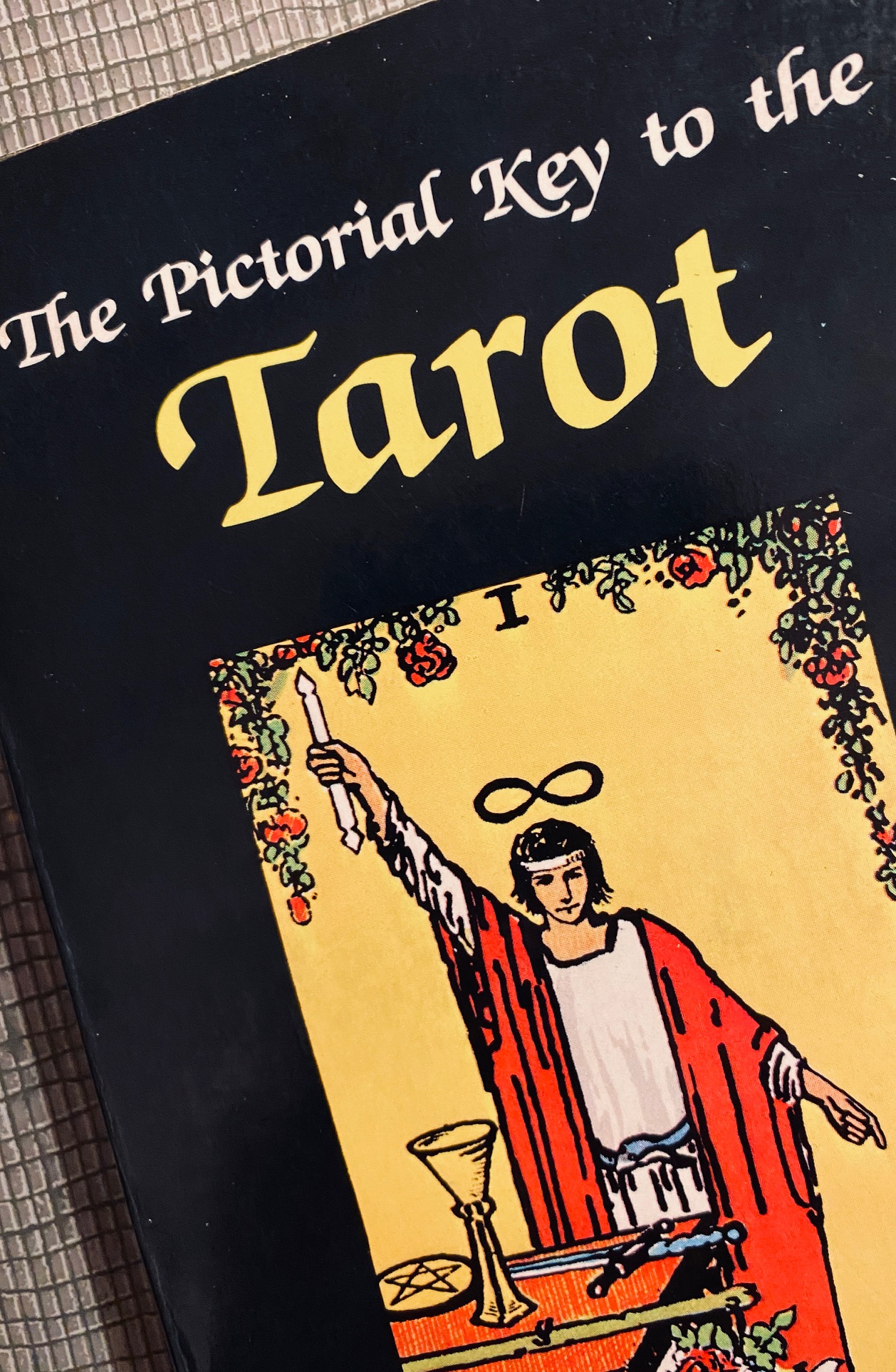 Still not done with Buddhist Cosmology, but meanwhile we have The Pictorial Key to the Tarot by Arthur Waite, originally published in 1910. I feel as though my copy must be nearly that old, since the price tag inside the cover is for $4.99. Unless I bought it used? if that’s the case, I might have bought this copy any time from 1985 (when I was studying tarot) on.

I had a vague memory that this particular book was about divination, but it’s mostly just careful descriptions of the images on the cards, though Waite gives some meanings for the minor arcana. He had evidently redesigned the tarot deck to make more sense to him, and this appears to have been his justifications/reasoning about the changes. There are essays at the start, and a few pages of quick-and-dirty meanings at the end.

I remember studying Tarot — my actual notes for the two years of classes I took go on for something like 75 pages, carefully transcribed and printed out in ancient dot matrix. I never became very good at it. It was hard to hold the meanings and positions in my mind, and shortly after this I started writing instead, which filled some of the same mental niches.

But inspired by finishing the book, I did my first reading for myself in many, many years. I asked about future relationships, a topic that I am only intellectually curious about, after fifteen years without getting serious about anyone. The cards laid out a lot of reversals (so: blockages), a lot of major trumps (so: an important question to ask), and, amazingly, a happy ending: the two of cups, the card of “love, passion, friendship, affinity, union, concord, sympathy…” (Did he leave any synonyms on the table?) “…the interrelations of the sexes, and…that desire which is not in Nature, but by which Nature is sanctified,” which I assume means romantic love?

Am I keeping it? No. I have a Rider Waite deck if I want to admire the pictures, and if I ever get serious about tarot again (I won’t), I’ll be buying different books. And meanwhile, I guess I am accepting applications for standing in front of a winged lion’s head to exchange oversized goblets with someone wearing slouchy boots.

Seriously, Buddhist Cosmology is next.