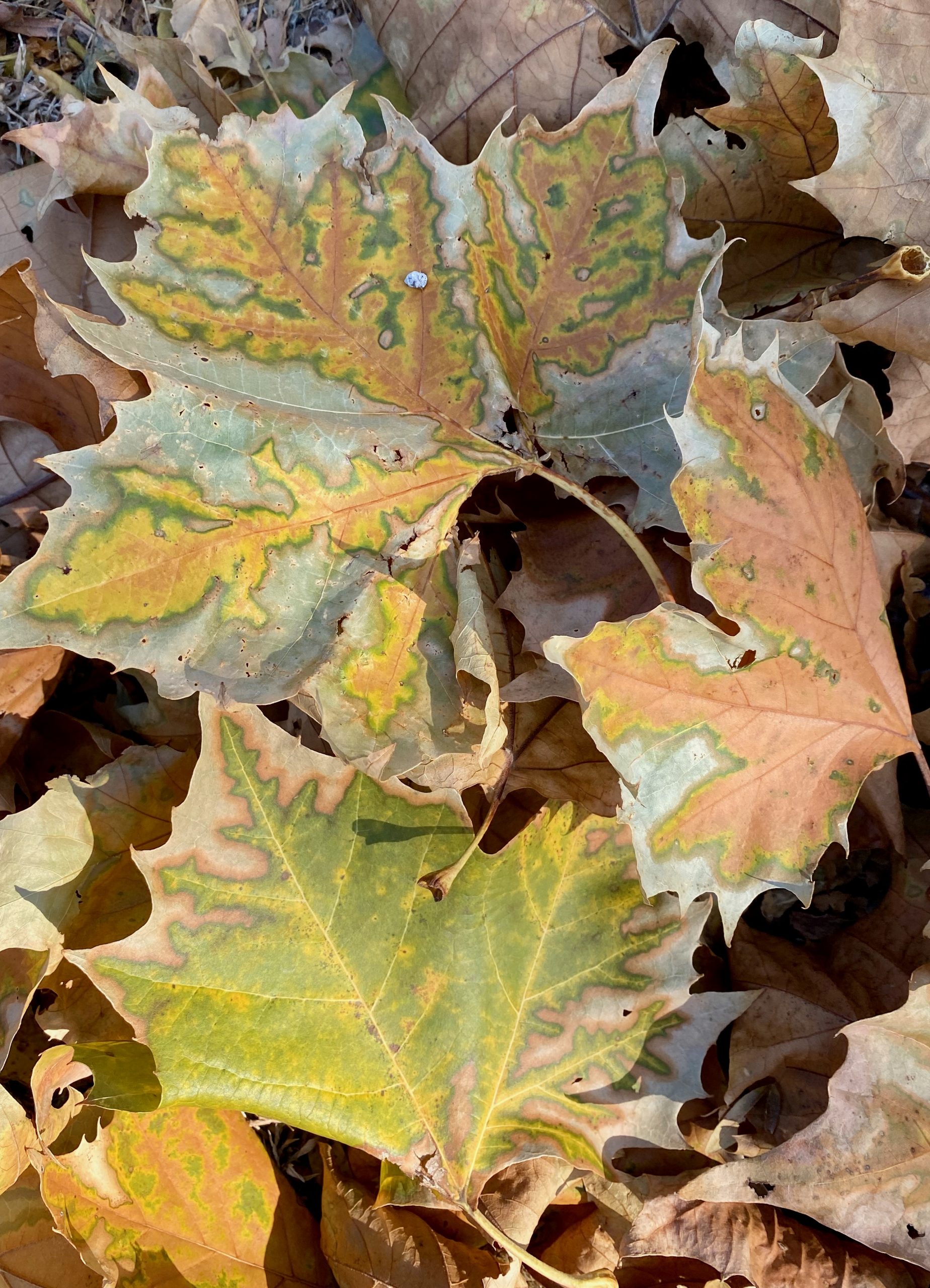 Fall is here, and the leaves are astonishing. I have taken what feel like hundreds of pictures of the fallen leaves from some local tree: a maple, I am guessing, by the shape of the leaves, but I don’t know much about trees, to be honest. Maples have the spiky leaves, and oaks have the leaves that when they fall are the color of tea, and walnuts are, well, walnuts. Anyway, these leaves are enormous and the ways they take colors make them look like topographical maps of watersheds. Every one is vividly, violently different — and I am wading through drifts of this fairy cartography, as though travellers have lost them or left them behind after finding their ways.

Like 75 million other people (and in contrast, amazingly enough, to 71 million other people), I feel as though a weight has been lifted. Four years ago, I realized how many people hated. It’s been an educating time for me, as I found out what many already had learned on a daily basis in their lives. These four years kept escalating the hatred, until they became a challenge, to try not to learn to hate like that as a defense. We’re not out of the woods yet — there are so many possible pitfalls between now and 1/20 — and even after that, the people who let hate drive them will continue to hate — but it is at least a step back in the direction I had hoped humanity was going.

Birds, birds, birds — fall is here; the robins stopped by for a few days on their way south, which makes me wonder whether they know that this will be a hard winter, as none stayed though they have in previous years. The grown-up family of cardinals seems committed to remaining, and the gang o’ little birds seems still to be here. I have seen not a single junco in a month (and not many before then). The squirrels of course remain. All the young ones are growing bigger, but they retain their perfect little pelts and their marvellous tails, unscuffed by fights or predators. These animals always fill me with so much happiness.

I made my plans for Christmas, which are more or less exactly my plans for every other pandemic day — but with more food and a yule tree. I decided not to visit my mom until after the holidays (perhaps I’ll be there for my birthday), which gives me a lot of time to work on this freelance project, I hope!

I started working on American Tour again, as I think I said last week. It’s slow but pleasant right now. I am thinking a lot about things, but not really in a way that is ready to be utalked about.

This must be home.