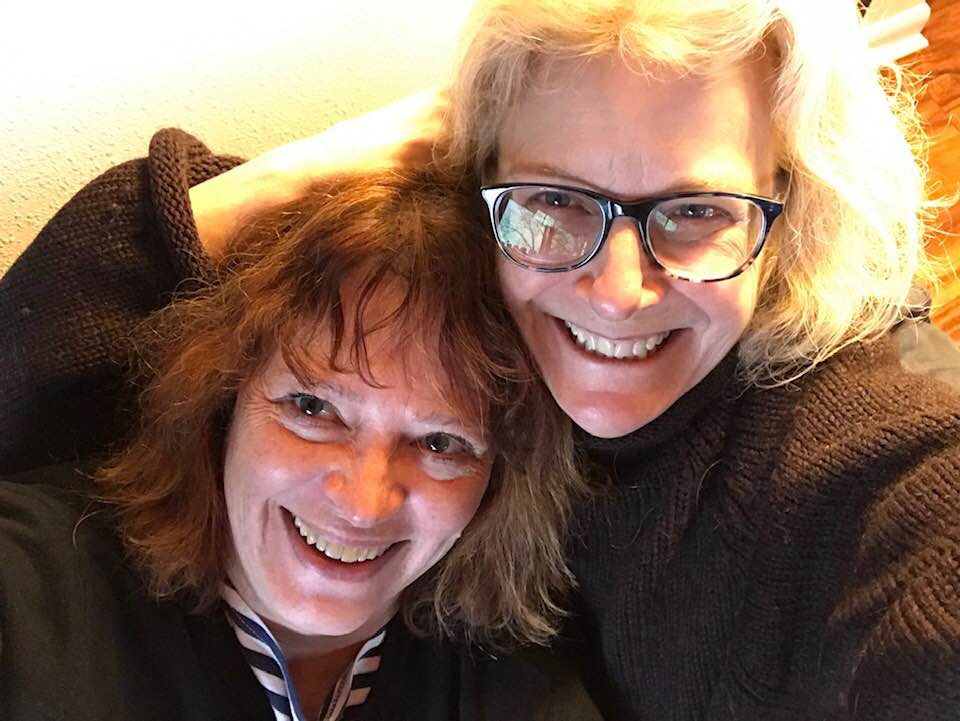 Elizabeth is here! E is in transit, halfway between her old life in Seattle and her new life in Longyearbyen, in Svalbard. She is here for a few days, the first time we have seen each other since we drove the Ring Road together last fall. There are plans to make, gin to drink, movies to watch, talks to have, fun to share.

It is spring at last. The sky is cloudless and blue. The leafless trees have, in one short day, changed their sound as the wind pushes through them, from dry sticks clattering against one another, to the supple sound of live branches bending. The air tastes different now. The straw-gold grass is just touched with a hint of what is not yet (but will become) green. By this time next week, the trees will be bright with buds.

There was a squirrel on the patio this morning huddled against the side of the wooden deck, where he was out of the wind and in the bright sunlight. He was tense, breathing a little painfully, and he was not lowering his left forefoot to the ground. When he turned his head, I saw that he had been injured: a round red wound behind his left ear; there might have been a second injury in the pit of his left foreleg, as though he he been snatched by an owl and dropped. I have a hard time with these injured squirrels and at this time of year there are a lot of them; but this one…. He was warm and fed and safe where he was. An hour later, he had moved on to somewhere else. I can’t save them all, or even, maybe any of them; but I can make their time a little better.

Spring break was a week technically off, but of course that’s not how it worked. Sturgeon Award stuff. Campell Conference stuff. Summer workshop stuff. Advisee stuff. Writing stuff. Summer-graduate-seminar-I-am-teaching-for-the-first-time stuff. Financial stuff. Moving stuff. Life stuff. This all depresses me, but it is countered by the squirrels and friend in town and sunny weather. Sometimes I fantasize about the life where I have the squirrels and no Center, spring but no advisees.

4 thoughts on “Four things make four-fifths of a post.”