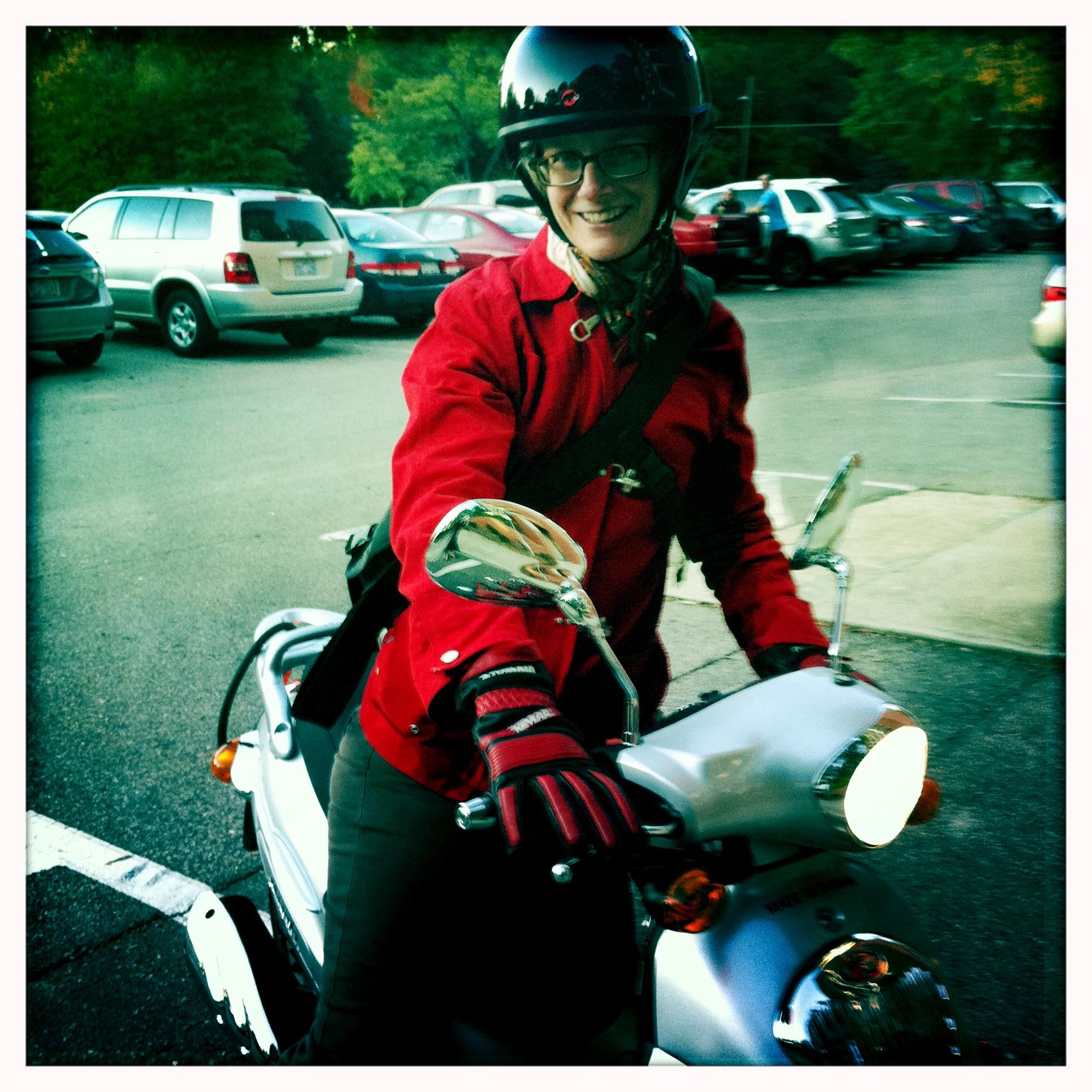 This photo is from 2011, when I was in grad school. I am pretty sure Laura Giovanelli took it? I’m on my Kymco People 150. I still have that scooter, and I still ride it more than I drive — even when my car is working properly (which at the moment it still is not, alas).

I took a motorcycle class in 1989, but I didn’t start riding in earnest until I moved to Seattle in the mid90s. We didn’t have a car for a while, so I commuted through Seattle traffic to Renton in all weathers, up to and including slushy rain. Later, I took the 520 bridge every day to my job at Microsoft and I still rode, because to drive meant an hour and a quarter commute each way (minimum), and with the motorcycle I could shave half an hour off that, more if I was really lucky. There were three motorcycles, and a vintage Vespa I never really connected with, and then a few years off after I saw a motorcycle accident, right after moving back to Seattle in 2005.

But when I went to grad school in 2010, I bought this little Kymco and fell instantly in love. I rode everywhere I could in Raleigh. When there was a hurricane, I spent hours trying to find a way to secure it safely so that it wouldn’t get knocked over. It was stolen once, shortly after I got it, and found again two blocks away with a broken faring but no other damage. When I moved here, we drained it and rolled it onto the rental truck, the last thing in, the first thing out. Since then, weeks go by without me driving the car.

I love riding this scooter. I am never sad or angry or stressed when I ride. My day is always better, no matter how cold it is, no matter how wet. When I turn, when I roll on the accelerator, when I glance up at the sky as I ride or smell flowers as I pass them– it feels like a part of me. This is the way motorcycles felt as well, but this is so much friendlier a symbiosis: a clever and responsible partner, a good utility horse instead of a racing thoroughbred.

From Patreon: Good news is, no serious damage.
lifepatreonscooter