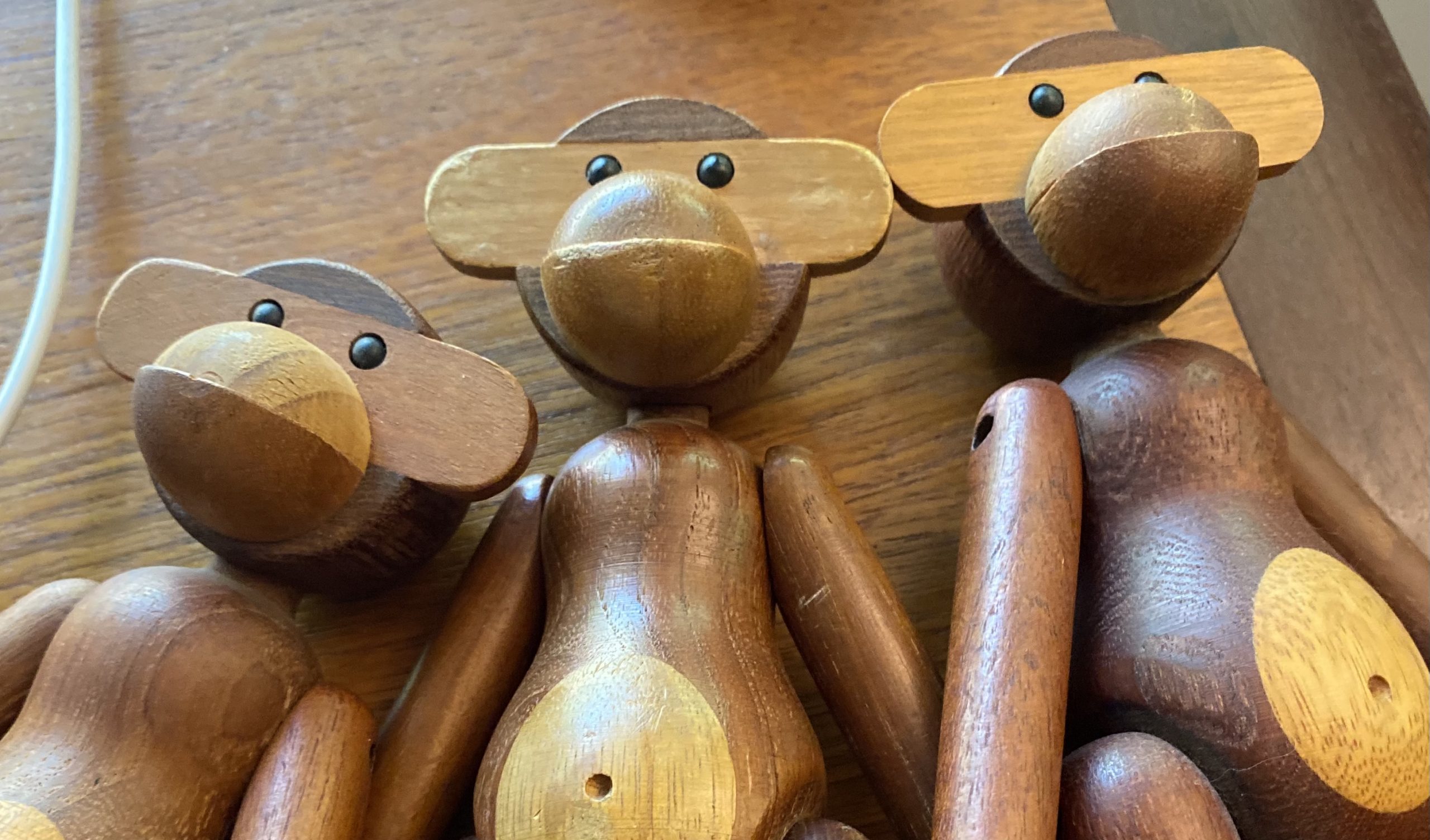 One thing I achieved last week was mending the wooden monkey I had as a child. It was teakwood, mostly, and I would chew on it, a delicious saltiness that at the time I thought was the taste of wood, but it was probably just the vestiges of my own sweaty, grubby hands all over it. The arms and legs were held in place by a fiddly combination of O-rings and steel pins, and under the strain of steady abuse that comes from being a loved toy of a small child, the rings eventually broke.

My parents did the best they could, and replaced the original rigging with elastic cord and wood screws. The screws were painfully visible, and the loose ends of the elastic peeked out. I never got rid of the monkey, and every so often I tried to come up with something not so Frankenstein’s monster-y, but never with any success.

Because I like antique shops, I found that this wasn’t the only wooden monkey that had lost its arms and legs. Twice I found a ziploc bag: WOODEN MONKEY BROKEN, for a song of a price. Each time I bought it. I kept the three monkeys in a closet, a sad little pile of wooden torsos and limbs alongside my own monkey, its arms and legs hideously kit-bashed into functionality. And there it rested until this year.

Turns out these monkeys are made by Kay Bojesen, and they have not changed in half a century. And it turns out you can buy a repair kit. It took a month to get three kits from England, fifteen pounds each for six scraps of hardware and a tiny instruction book. And it was worth it. I cobbled the antique-shop monkeys together, good as new, sat them up next to one another. I took the ugly elastic and screws out of my monkey and carefully inserted the O-rings and the pins, and it all worked. I sat mine up next to the other two and then I suddenly thought, but how will I know which one is my monkey?

But it’s easy. My monkey is the one with toothmarks on it, the one that still tastes of salt. Now the three of them are a tiny troop. They can hang from railings or sit on my desk; they are art and toys and memories and the satisfaction of completing a long-delayed task.

The week’s things, more or less.

Hurrah, inauguration! Everything else, less so.