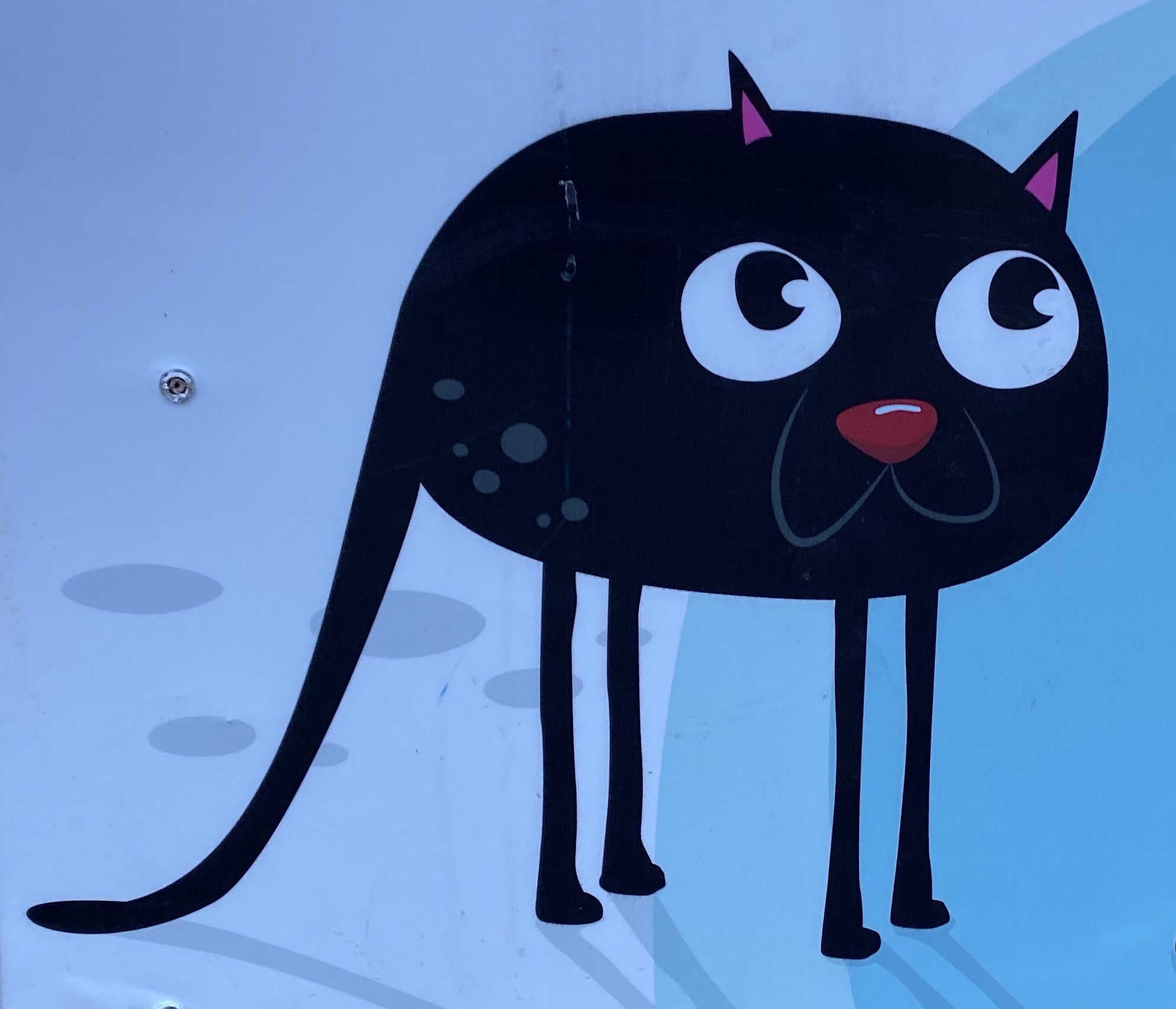 I missed last week, because it got rather complicated. The original intention was to visit my mother in Wisconsin, leaving on Sunday and returning on Thursday. The drive up happened exactly as planned — and a lovely drive it was: fallen snow along most of the route, and an ice-white sky overhead. I didn’t listen to anything; I just drove for nine hours and let my brain rootle around looking for acorns. On Monday, my mother and I drove back into the Twin Cities to get lunch, visit a bookstore, and grocery shop, and that also was a real pleasure. But this storm everyone was talking about looked pretty ominous — we were expecting heavy snow from sometime Tuesday straight through til Thursday or Friday — and I couldn’t really afford to wait until Saturday or later to come home, and so I scampered back to Kansas Thursday morning, hoping to get under the path of the storm before it really kicked in. And so I did. Temps were hovering at freezing, and there was a slight small spattering of rain or tiny snowflakes, but nothing to stop me. When I stopped for gas in central Iowa, I came out to gale-force winds, still with the tiny bit of snow and the overcast skies, and it was so reminiscent of driving in wintertime Iceland that I felt a physical pang of yearning. When will I be in Iceland again? Not soon enough.

Speaking of Monday, I went to Uncle Hugo’s/Uncle Edgar’s in Minneapolis, and it was everything I hoped for! It is a little smaller than the old site (which was burned down in 2020), but it’s a rational Euclidean space, which never felt true before. I came home with a bunch of preWW2 British SF in all its idiotic glory.

These days, I am thinking about eventual retirement and/or leaving Kansas, and one of the biggest questions is, where would I settle? (Another big question is when, but that is for another day.) I won’t stay here; I have close friends and I like Lawrence, but KU, oh dear. And Kansas, oh DEAR. I have some money in retirement accounts (thank you, Past Me), but it’s not enough to relocate just anywhere. For example, the PNW is outside my budget, especially if I want to travel or buy a place. The two countries I would eagerly move to, Iceland and Canada, don’t want Americans, and who can blame them? I don’t want to live somewhere that will be unbearably stressed by climate change and lack of water — but then, those aren’t places I would have picked in any case. So what speaks to me? Perhaps home again to the north, to Minnesota or Wisconsin.

The grant goes on and on and on and on. It’s due in a couple of weeks, and I have reached the stage where I jerk awake in the middle of the night and say aloud into the darkness, “The budget rationale, Kij!” I have never been quite so weary at this time of year: faculty job-search committee and graduate admissions committee and my class and all this travel to my mom’s house and all these theses and dissertations due in May and seven, no eight, no nine people wanting letters of recommendation from me (so far) and Ad Astra grantwriting. Despite feeling annoyed at the overwork and distressed by the nature of some of it, I have really enjoyed many aspects of the semester. The grad students were wonderful, mutually supportive and gutsy. I became closer to a number of people, old friends becoming closer friends, new friends maturing into old friends. My bar is actually quite low for happiness these days: warm friends, good books and food and clothes, a chance to spend time observing the birds and clouds. There are so many people who don’t have even these, and so many others who think they need much, much more.

One of the great gifts of living alone is that you can decide for yourself what you want to do about holidays without anyone else’s expectations getting in the way. (Well, depending on your parents and siblings, anyway.) Do I want a tree this year? Why, yes, I do, and so there it is, cute as anything. Last year: no tree. Some years: two trees. Do I want to send out cards? Sure, that would be cool. When I still lived in Seattle, I sent out more than a hundred every year, but since being here in Lawrence, I am down to about forty — and there have been years I sent ten, or even none. Will I have a fancy dinner, or dress up, or open a bottle of something nice, or put up stockings? Will I open gifts as they come, or wait until Christmas Eve or even Christmas Day?

Last year, Elizabeth and I were in Laugarvatn, in Iceland for Christmas. She was experimenting with lovely small iconic paintings of icebergs; I was finishing the revision of The American Tour — as it happens, the first revision, though I wasn’t to know that. We went to the plain, glorious cathedral at Skalholt for Christmas Eve services. There were only a double handful of worshippers. The priest and ushers and choir outnumbered us. I am intimately familiar with the parts of a service, so I could tell where we were by the rhythm’s of the priest’s voice, or occasional phrases that hinted at words I knew: kyrie eleison, spiritus sancti. I knew when he was reading from Luke. And I lost my heart to that little, lonely cathedral when the priest, knowing two of us in his tiny congregation did not speak Icelandic, assayed the same verses in English. It was clear he wasn’t comfortable in the language, but his meaning came through. This was one of the loveliest experiences I have ever had.

Returning to the present in a few days!