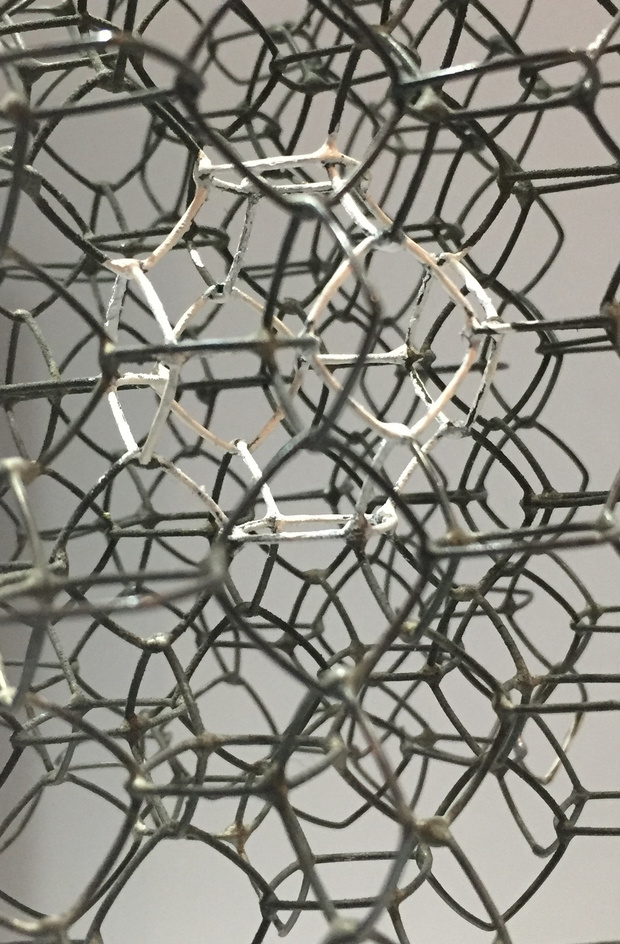 (This was part of a scientific model from a Glasgow museum, in October.)

So, it will be a surprise to no one that I am in therapy, and have been, off and on (but mostly on) for much of the last three decades. I keep typing and then deleting info about this, but I think I’ll just say this: it kept me alive. I took various antidepressants and anxiety meds; I applied various nonmedical solutions — climbing, sleeping 14 hours a day — but in the end therapy was the thing that worked for me.

My brother and I have joked in that haha-not-funny way that were raised by an alien and a wolf who never did really sort out their childrearing strategies, if they had any in the first place. Not to go into details, Mom and Dad really were impaired in their abilities to connect, to be nurturing, or to raise loving, trusting children. (We grew up strong, I guess.) I coped as I had to, to survive as a child. As my intellect and problem-solving developed, I created coping strategies based on a high IQ and a vast, poorly understood reading list. What would a human do in thus-and-so a situation? What would a human say? What would she wear? What would she care about? If I could dress and speak and care like a normal person, then I would pass sufficiently that anyone not my parents will see, not the chaotic chimera I am, but a person who can love and be loved, trust and be trusted.

(I am by no means the only person who feels this way, of course. This is just my experience, that I was alone, an unworkable hybrid, and desperately needing to find a way into the world. –Which is a proof, of course, that I am in fact human — thank you, thirty-five years of therapists, for that.)

My goal in college was to build a life as similar as I could make it to that of a courtesan in a Colette novel. (Sometimes I would say “shop-girl,” so as not to be so shocking; that’s what a human would do, after all. Sometimes I just said I wanted to be Colette herself, even though I was not at all a writer.) If I wanted to pass as human, surely Colette’s characters were as good a model as any of the others. I had no interest in most of the other models my reading had shown me, all those canonical women dying because of some man; all those children I was already too old and too alone to pretend I could be. So, Colette it was.

Now I want to go back and pat the me that was on the head and tell her she doesn’t have to perform anyone at all, she can just be whatever the fuck she wants to be. But at that stage in my life, I couldn’t have heard it. I was not at all sure that the real me was even human: certainly not lovable, or able to trust or worthy to be trusted.

Trying to model yourself on woman notable for the exchange of romance for apartments is maybe not an ideal strategy, and so it turned out. I moved past Colette and then past modeling myself on anyone in particular. I kept performing personas because it was fun to see whether I could be these people; but now I realize even that was not quite where I wanted to be. And ultimately, I did achieve the wisdom to just be whoever the fuck I wanted to be.

I started writing at 25, about when I realized that being a Colette character wasn’t a useful life strategy. Writing was the place I would work out things that bothered or delighted me, things I was afraid of or attracted to. It was like therapy where I never had to worry about whether I had just seen my therapist yawn or not. But it also was a persona. What would a human say and do? Well, some of them are writers, and what writers do is write. Or not write and agonize about it, apparently endlessly, often publicly. (Hello.)

Obviously writing is not just a role.I wouldn’t have worked so hard at it if that were true. I didn’t work that hard on being anything else, ever, except for being a climber. But I don’t think I have yet thought through what it looks like to write when I am not modelling a writer. “Pretending to be” a writer. If “whoever the fuck I want to be” is a writer, but being a writer is not a role, what does it all look like?

I feel as though starting this Patreon was part of my thinking about this. What do I love about writing? Various things, but one of them, maybe the biggest one is: connecting with people. Learning what a human is by observation and interaction, and then talking about what I have figured out, in a way that bridges the gap between souls.