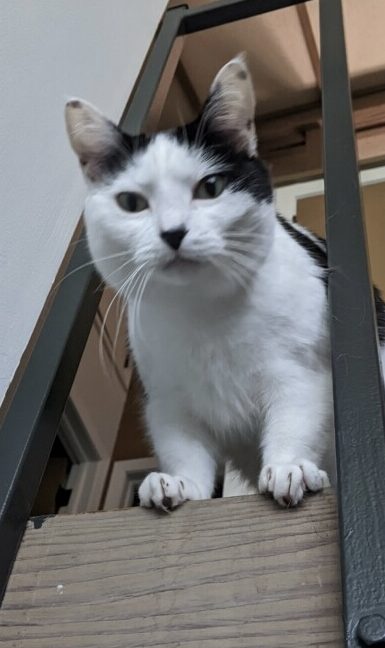 I spent last week coteaching the Novel Architects Masterclass with Barbara J. Webb, and it was fantastic fun. We’ve been trying some different formats; this time it was online, every day for a week. I stayed at her house, and we taught in the same place with a one-person studio audience and everyone else on zoom. It’s not quite the same as in person, but when we are together, we at least generate the same interactive discourse. Because we’re still trying things, next class will be online once a week for 9 weeks, with us each working from home, and it will start in January.

I came home yesterday, but the night before I left, after the masterclass was done, we watched the first half of the first season of The Sandman — and then, immediately afterward, I read the comics again, for probably the fifteenth time. There were of course changes to the story, but they all make sense as far film storytelling goes: we see the Dreaming sooner for instance, and some characaters are given bigger roles, or woven into the story in different ways. Just as I had felt about Lord of the Rings, I didn’t really have an opinion about the casting, content to see how it played out, and just as with LotR, I like what they did. This really is the golden age of S/SF movies and TV shows: seamless SFX, episodes and seasons and series lengths that can be whatever the story needs, a sense that important storytelling can be happening.

School starts in two weeks, which much, much too soon. I will prep the semester over the next week; there’s a lot happening this fall. Lots of planning for the future going on, as well: what do the next two years look like? The next five? What does retirement look like, if it happens?

I cannot believe I got to this age without reading Jan Potocki’s The Manuscript Found in Sargossa. Written in the late 18th and early 19th century, it’s quite amazing. I…I don’t even know how to start. It’s experimental in form, a bunch of stories (and stories within stories) as we see in Decameron or The Thousand and One Nights, but there’s also something happening in the frameworks, plural. I’m about 100 pages in, and there’s a tavern that no one seems to be able to leave for long, and sexy ghost-sisters (unless they are angels, or devils, or actual people, no one seems to know), and some men who were hung who were not the people who were supposed to be hung, and sometimes, maybe they’re the ghost-sisters?). Calvino must have read this a thousand times.

I guess that’s only four things? Unless we count the words? Okay, here’s a (small) fifth: I have adolescent bluejays, cardinals, sparrows, and squirrels visiting me every day. This is a lot of slightly scruffy-looking folks who haven’t gotten caught up in adulthood yet, and it’s adorable.