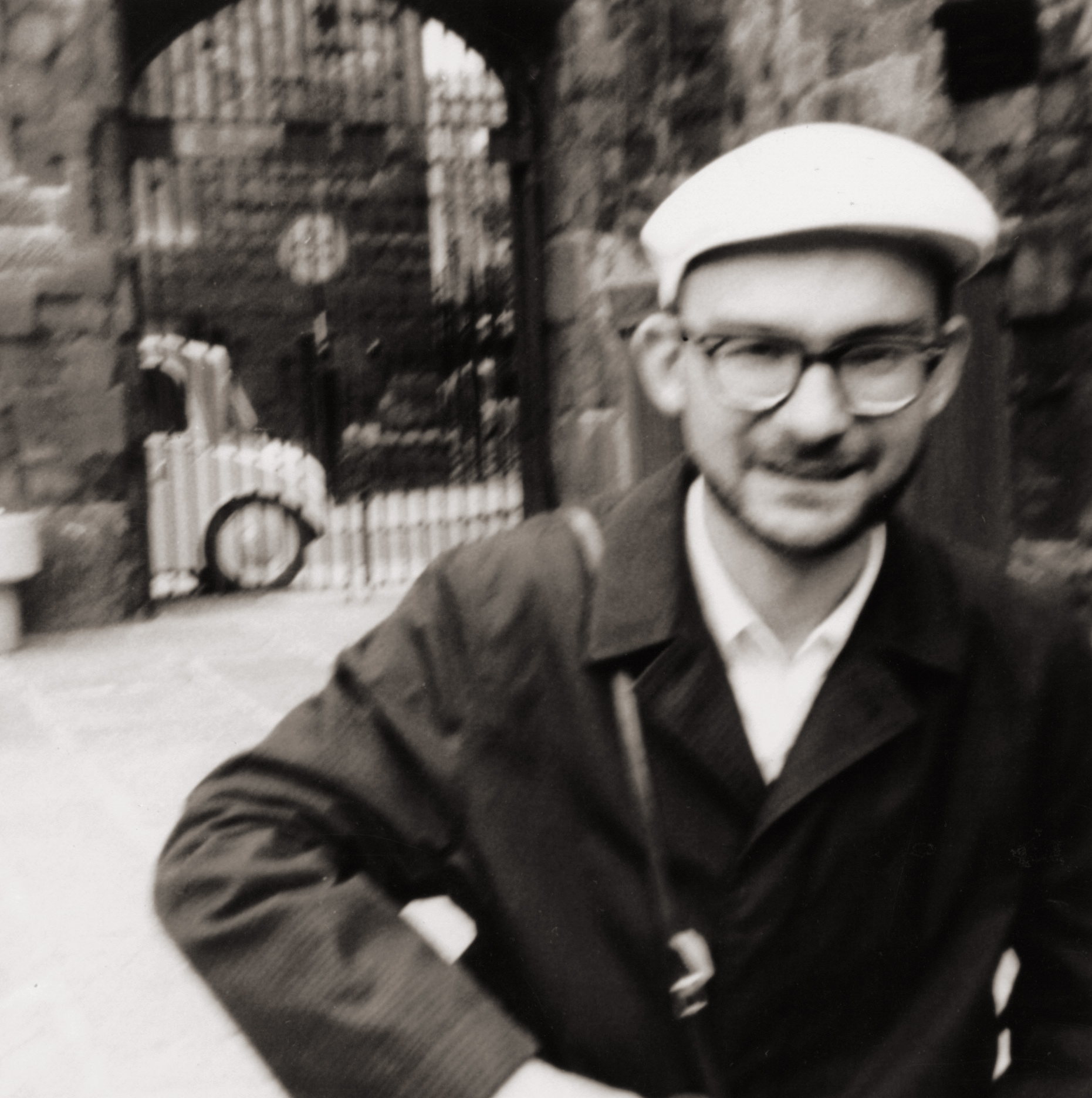 (This is my dad, also from the England trip when I was six, also from Coventry. He looks adorable. He would have been thirty-one.)

While I am used to and generally like living alone, I am used to countering that with a lot of Out time and seeing people I like but don’t know well: baristas and booksellers, students and servers and folks at the gym and– well everyone, the fact that the world is full of people in cars and walking along sidewalks and buying kale. One of my ways to spend good time alone is gone: I can’t go for five-mile walks around town or on the levee or anywhere, for a while at least, because of this knee.

We have been learning that the internet and social media can be very unhealthy ways to connect — and now is just when we have to rely on it, in some cases for our only community. <hugs> are a quick shorthand, but I really want the felt and engaged communication of longer posts and emails, and the back and forth of conversational chats.

But there’s plenty going on, and many small victories to be proud of: I finally, after six months in this house, figured out how to turn the oven on. I also, finally, after setting out to do it eighteen months ago, got my will finished and witnessed. And by the end of the week I will have the Internet in my house, a thing I avoided like mad until now.

There’s a lot of work that needs to get done, as well — setting up these two classes for online, plus a bunch of departmental service that feels pretty vain and stupid right now, but which nevertheless has to happen, I guess? Also I have a grad student finishing his thesis this semester, and an undergrad finishing an honors project, hmm.

But of course what I want to do is read and write. I’ve been researching more for the sphinx story, but no idea what has to happen, still, yet — but I did sit down and concentrate on it, first thing today — and that was wise. I suspect I need to get everything constructive done in the mornings before I read the news or anything.

I have been reading Thomas Love Peacock, who was writing the most bitterly, wittily ironic literature I have ever read. This is from Nightmare Abbey, a truly snarky sendup of the Gothic:

The only son and heir Mr Glowry had christened Scythrop, from the name of a maternal ancestor, who had hanged himself one rainy day in a fit of tœdium vitæ, and had been eulogised by a coroner’s jury in the comprehensive phrase felo de se; on which account, Mr Glowry held his memory in high honor, and made a punchbowl of his skull.

When Scythrop grew up, he was sent, as usual, to a public school, where a little learning was painfully beaten into him, and from thence to the university, where it was taken out of him; and he was sent home like a well-threshed ear of corn, with nothing in he head: having finished his education to the high satisfaction of the master and fellows of his college, who had, in testimony of their approbation, presented him with a silver fish-slice, on which his name figured at the head of a laudatory inscription in some semi-barbarous dialect of Anglo-Saxonised Latin.

It just goes on like this for pages and pages and pages. Is there a ghost? Well, there’s a transcendentalist, and a thinly-disguised Byron, and a shadowy form in the halls, and some towers, and women with improbably names and much too much (hilarious) dialogue — and I figure he locked up the Gothic genre and could have thrown away the key in 1818, when the book was published.

Plans, yes, plans. I am making them, but at the moment, mostly thinking about how I will fill all these hours, even with work and writing, if I am not running errands and getting coffee all the time. It’s been very eye-opening, thinking about this. How much time do I waste in an average week? I think I will be finding out.

All right, everyone, stay well. And, yes, hugs.

From Patreon: Amazon Prime will ship anything, but they’re not good about careful packaging.

From Patreon: Ready to (not) go.
lifepatreonsequestration