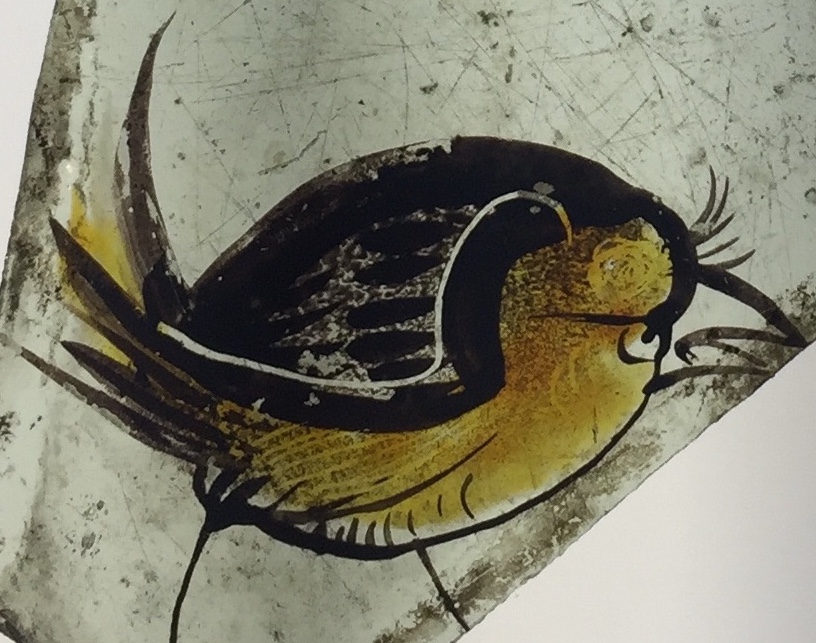 Last post, I was talking about recent binge-reading, and Alisa asked what my opinion was on Jane Gardam. I had never heard of her (Jane, not Alisa), so I looked her up, and yeah, why did I never hear of her? An elegant writer, writing about an England I used to be really fascinated by, the world of Susan Cooper and Arthur Ransome. A bit of it was timing — her children’s books all came out slightly after I would have been reading them for the first time. Some of it was circumstance — there were long decades when I avoided realist fiction as being dull.

But it got me thinking. How did I get to this age without knowing about The Eagle of the Ninth, Rosemary Sutliff’s (slashtastic) novel about Roman Britain? How did I never read Cold Comfort Farm (or any of Stella Gibbons’s other charming books) until five years ago? It’s not like these are translations of 19th-century Korean popular novels, or experimental mashups (like The Story of Hong Gildong and Michel Butor’s Mobile, respectively, two recent favorites). No: these are novels that were well-regarded and popular in their days, novels that made it into what I think of as the light canon, Wodehouse and Heyer and Sabatini and so many others of my favorite writers. Nor are these canonical works I somehow missed, like Moby Dick and Lolita (until grad school; thank you, Kessel and Wilton!). It’s that these books are so specifically my jam that it’s inconceivable that I ever didn’t know about them. How did I get through my twenties with them?

Some of this, especially for the older books, is the consequence of growing up in such a small town, with its tiny Carnegie library and a school library smaller than my current living room. I read the books I found there, whatever those were. If a book didn’t exist in those libraries, or if I didn’t see it in the scarce-larger Waldenbooks in Cedar Falls, Iowa, it was an elephant to me, fascinating but not real. At their best, small libraries, like small museums, are all about curation; at their worst, they reflect no more than the discard practices of the locals, as people gave away the books they didn’t like well enough to keep.

The lacunæ in my reading were, at first, a factor of what I could find. I could find the complete works of Sir Walter Scott and Charles Dickens; Civil War histories and Churchill’s memoirs; The Thousand Nights and One Night and a bowdlerized Decameron; Ellery Queen and Agatha Christie; Harlequin romances and Elinor Dell and Grace Livingston Hill; Chaucer in several translations; Mike and His Steam Shovel and the d’Aulaires on trolls and Norse myths. Which ones were the good ones? Who knew? Who cared? Not I.

Later, I filled in gaps, but not all gaps. By the time I discovered English children’s novels of the 1930s, I was already onto monogatari and women’s diaries of classical Japan. By the time people started to say, You should check out Nabokov, I was already sick of men writing about predation, in so many places and at so many skill levels.

This is not a bad thing. It means that in my 50s, there are still so many delights and discoveries open to me. So many older works that I can read now for the first time — this, on top of all the new works waiting to be found.

Favorite things: The Swish of the Curtain.
things i read