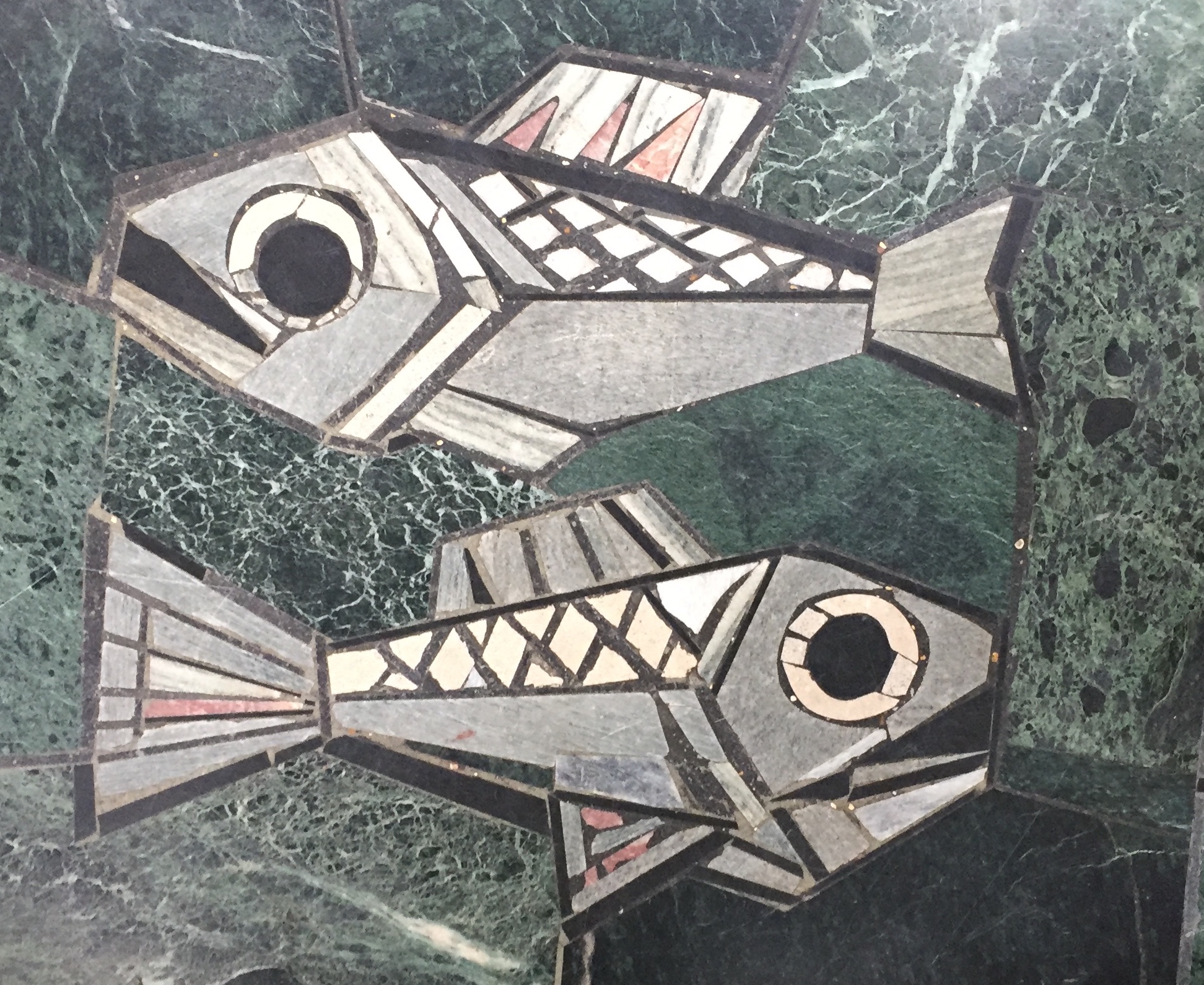 I drove up to my mom’s house the day after Stop Day, when I was on two graduate committees. Five hundred miles north, spring is not nearly as advanced: the grass is green and the early leafing trees are showing fresh green, though others still look lost in winter. I had left an Icelandic sweater her, and it’s a hair too heavy, but only a hair.

These last few weeks have been emotionally strange ones. In August, my mom, my brother, and I will be taking a cruise to Alaska: the same trip we all took with my dad in 2012; the last trip we took before he died. Mom and I have done several trips to Alaska since then, and Rich, Mom, and I went to England last summer, but this trip is raising ghosts for me.

I had years to say goodbye to my dad. He had always been what we then called strange, but now can see as moderately autistic. Even as a child, he struck me as someone reaching out imperfectly across barriers. When the Alzheimer’s started, I set out consciously to make positive memories with him, to share experiences that I hoped would reach across those barriers. When he died, I had done everything I could to minimize the sense of loss, and didn’t grieve much — didn’t have time, as I was a week and a half into the months’ worth of workshops. The grief has trickled through me in the years since: a bit here, a sudden pang there.

Then there’s Mom. My mother broke her wrist when she fell on ice in January. It recovered perfectly, but she is 84; if not this fall, then the next one. If not a stroke then a heart attack. If not something, then something else. Two weeks ago, she had carpal tunnel surgery and that is not doing as well. She has a very high tolerance to pain, but it’s clear that she, tough as she is, is in considerable discomfort. Worse, she isn’t able to use it at all, and seeing her navigate her days with one hand idle at her side is sad and frightening. (Tomorrow, she sees the surgeon, and I hope he tells her this is all within the norms.)

She and I have a complicated relationship, and by complicated, I mean, a lifetime of therapy complicated. She didn’t want children and told us so; she was hypersensitive to noise and smells and resented us for producing both; she hated losing her privacy and her autonomy to marriage and children, and she made that clear, as well. I spent a lot of time in therapy working through this (and so much else). Depending on which decade you asked me, I would say, well, she did her best, and, no, actually, she did not. I don’t believe in assuming anyone feels anything just because they’re supposed to. So I don’t know whether she loves me — she never (never) said it, anyway — but she tries to help in the ways she can, so…yes? Do I love her? Hard to say. I feel compassion for her, and I like her (some of the time), and we can get along. She thrives on weak ties, and it seems to me we are at our best in low-key interactions.

Alaska, then. In 2012, my father would wake up at 3am, dress carefully, somehow slip past my brother (who slept across the door of their cabin to keep him in), and wait by the closed formal dining room for his dinner reservation, to be brought back by some kind crewmember. We saw glaciers and seals. Dad and Richard went to a sled dog camp and dad played with husky puppies. It was the first time in many years Rich and I had spent a lot of time together, and that was one of the delights of that trip. Rich and I played ping-pong in rolling seas. Rich and I hiked. My mother was stressed and tired and angry, but this was a break for her, a chance to leave it to someone else to keep an eye on him. Rich and I didn’t know until this trip just how far he was gone.

Anyway, it was a special trip, even through the stressors and the sadness. I am glad we did it. Rich has never been back since then, so this will be nice for him, I hope. But I fear that this might be another last trip. Am I ready for that? Less so than with Dad, anyway. Of course, it may not come to that. Or it may.

This is compounded by life right now: I am homeless for two months this summer, moving. A number of friends are in the middle of traumas and tragedies. There are disasters at work. Some hard decisions have to be made. All this will be fine, but it’s on my mind, anyway.