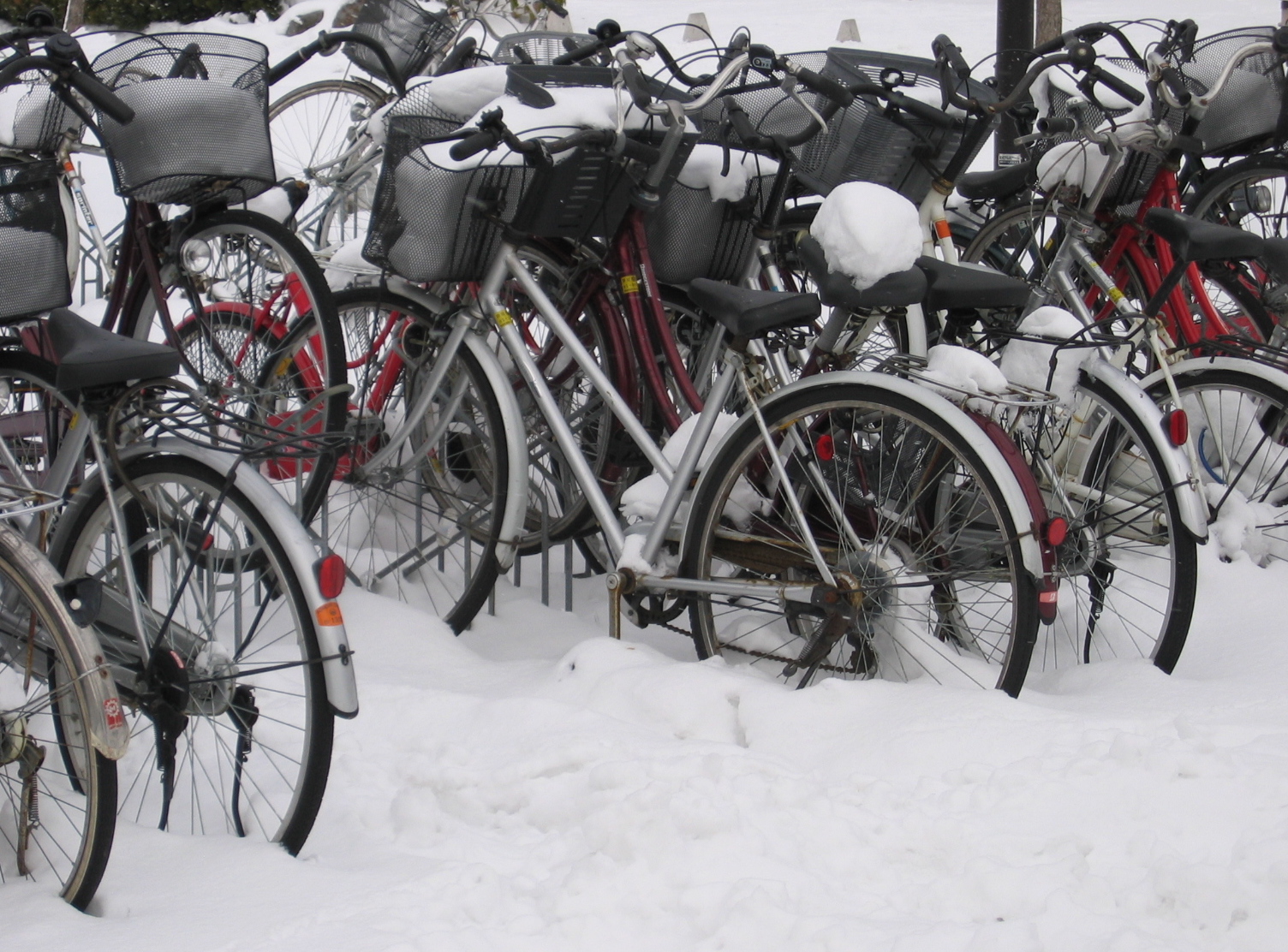 This picture is from my Japan trip in February and March of 2004. I was there for three weeks or so, and every place I went, Kyoto to Takayama to Matsumoto to Kiryu to Nikko to Aomori to Miharu, it snowed. I had brought a skirt (which I never wore), and one pair of black wool trousers that I wore every day, until I was so sick of them I threw them away when I got home. I was pretty scared: it had been a long time since I had gone overseas, and I hadn’t done so alone for more than twenty years. I could read a few signs, but the trip was a mishmosh of trains and busses and a car rentals, often on small roads or remote trains.

The whole point of the trip had been a visit to Mutsu, to see Osorezan, since I was thinking about setting a story on a similar peak. I had wanted to walk around it in the winter but realized I couldn’t, so instead I planned on taking the train to Aomori, then a bus and then another, to a remote village; I had found someone there online, a guide who was willing to drive with me as far around the mountain as we could go. But it snowed and then snowed more. When I got to Aomori, I found that all the roads onto Mutsu had been closed. Osorezan was inaccessible, but I stayed in Aomori for a day, anyway, and saw frozen clams in the market; a man walking across a very long bridge; the afternoon sky the hard grey of galvanized steel, and the snow tasting of it. And this: the bicycles by the train station, tangled and too cold to touch.

From Patreon: Into the lost lands.