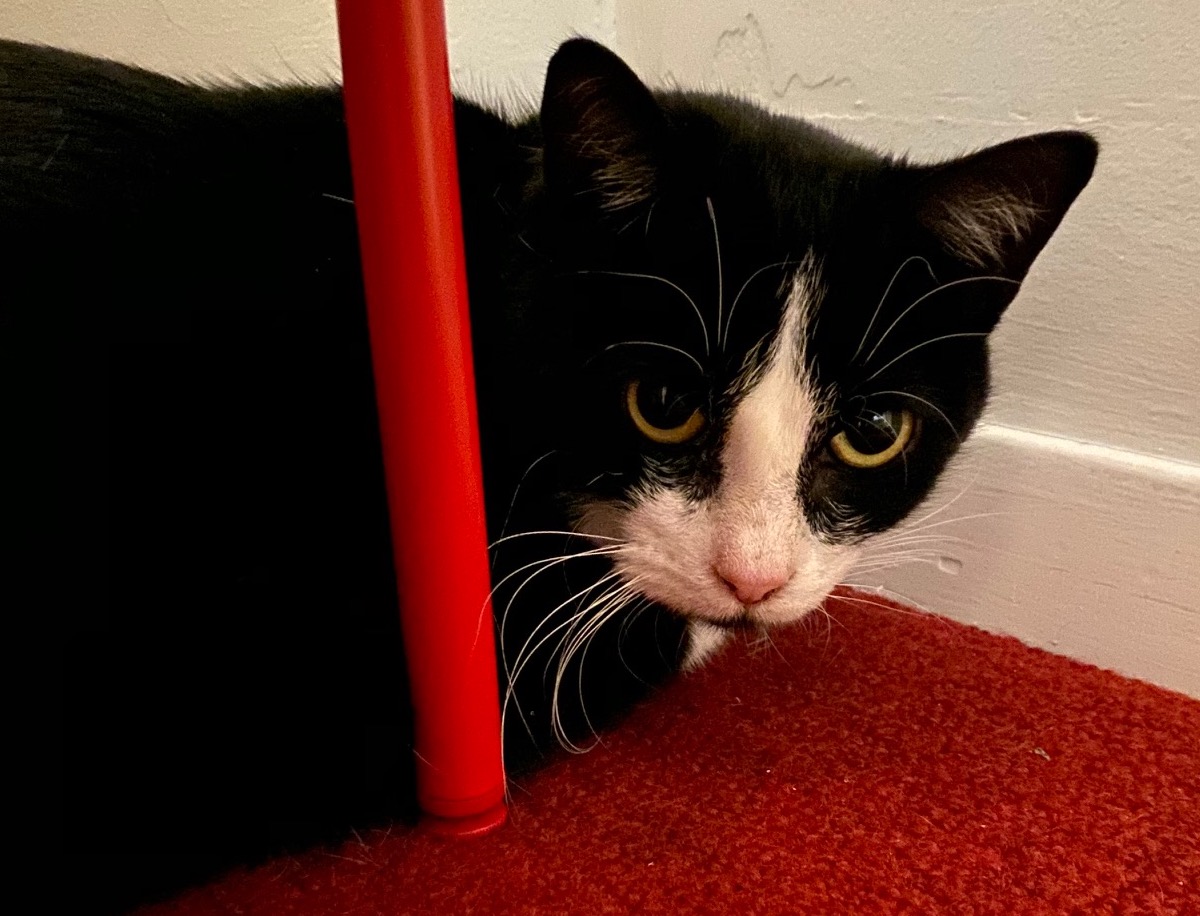 Last week was lost to a combination of too much news and a sort of failure to thrive that’s been going on for weeks and weeks, and that means there is a lot to mention here!

Part of the news is…this photo. This is not Jurat, my primary cow-cat, who has been around for a couple of years. This is an emergency backup cow-cat, who does not yet have a name. The photo does not indicate just how tiny she is — she weighs about seven pounds and is plump, with a baseball belly. Since Jurat is also very small, the two cats together add up to 1.6 Standard Cat Units, the CSU being about ten pounds, per my vet-tech friend Scott. She was feral, but is friendly and amiable, provided you don’t try to pick her up or, more generally, try to make her do anything at all. She and Jurat have sorted the house into two zones, but I know that at some point in the next ten years they will get over their suspicion of one another.

Yeah, I also won the World Fantasy Award, for “The Privilege of the Happy Ending,” which was in Clarkesworld. This was an enormous surprise, and since I wasn’t able to be in Los Angeles for the award, it still doesn’t feel quite real to me. I know I will have a special jet of excitement when I hold that little golden tree in my hands.

There has been a lot of publication activity, as well. The collaborative story, “Roll the Dice,” with Holly Elander, came out on Halloween at the really very interesting lit mag 7×7. Holly’s work is wonderful. I have done a couple of projects where I worked collaboratively with a work of art, and I love the challenge. This last week, then, I have a story at Conjunctions Online: “The Apartment Dweller’s Alphabetical Dreambook” (my longest title, I think). And I sold a story to Lightspeed! “Noah’s Raven” found a home, though I don’t know when.

From Patreon: Good news is, no serious damage.