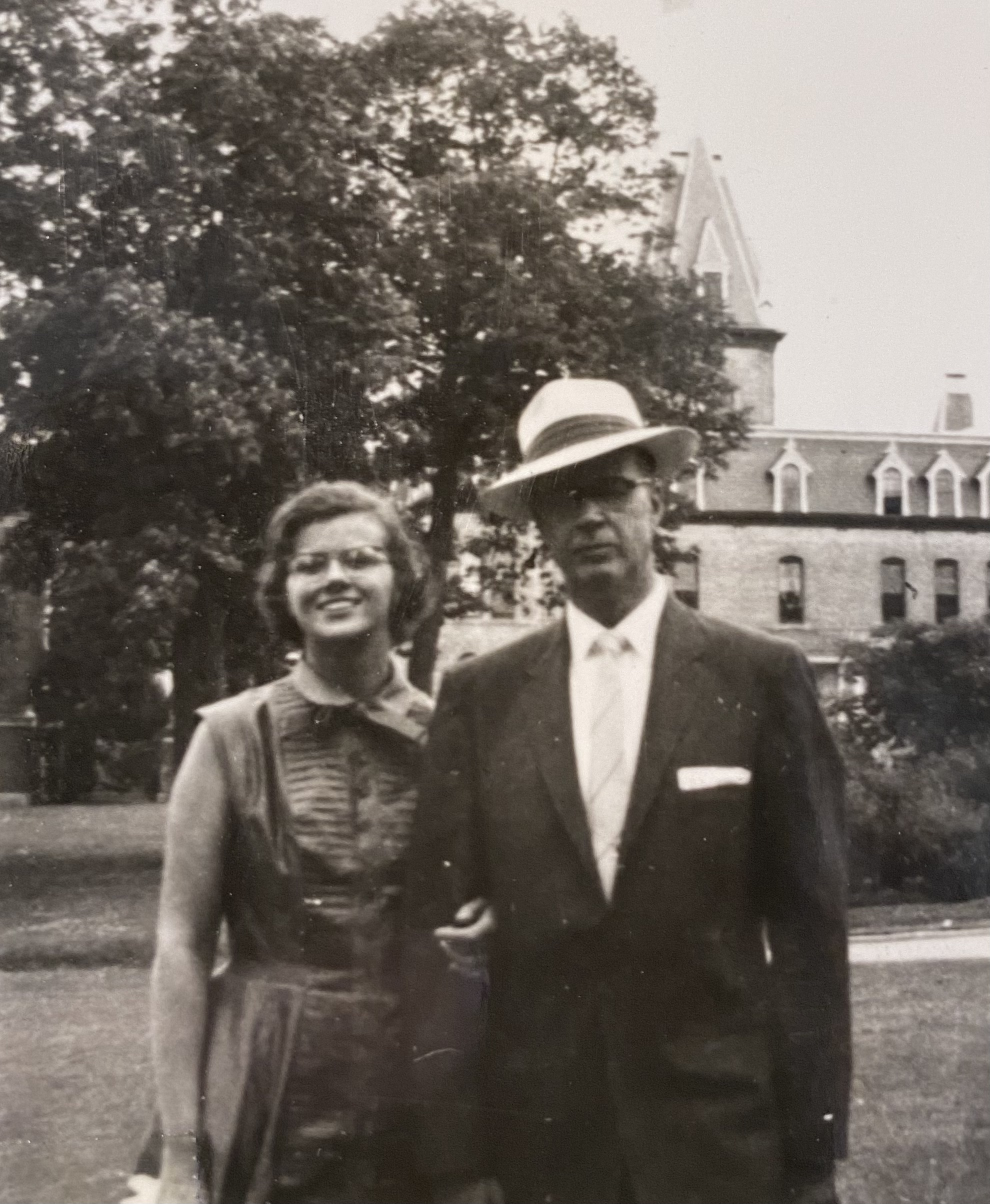 Today is my mom’s birthday. It’s been a few years since this picture (of her and her father, Carl) was taken, but even though I never knew her like this, this is way I see her most vividly: young, lively, and pretty. She wasn’t like this any of the time I was a child, and I wonder about this now. She was a very smart city girl trapped in small-town Iowa, married to the Lutheran minister, Caesar’s wife, expected to support and proselytize for reactionary beliefs she did not hold. She managed to stay herself but at some cost, including (I think) the liveliness and the prettiness. Now she is 88 — and I am slowly, carefully, learning to connect the charming woman in this picture with the mother I actually had, and the surprisingly sweet woman she is now.

I am so scared for the election on Tuesday. Ever since 2016 (actually since 1980), I have felt we are tilting into craziness, despite occasional small corrections. It’s no comfort to realize this is a planet-wide madness: a laboratory tank of too many rats, strained for resources until the rats start to fight one another, to eat their young, to die of disease and violence and anomie. Unfortunately, the YA dystopian novels that shaped a generation made this all sound exciting, full of potential — but it’s not going to be. It’s already not. The system is broken and probably unsalvageable, but it’s the only system we have at the moment, and refusing to participate means it breaks even faster, and even less can be salvaged.

Headcold, ugh. I have attained the third phase, the coughing-until-I-strain-my-throat-and-then-coughing-some-more stage. I feel ever more fine, yet I sound like hospitalization is imminent. The headcold meant I did nothing at all, except test myself once a day (no covid) and turn over every fifteen minutes while I read my way through seven mystery novels. So much catching up now.

Despite the headcold, Friday was delightful, icy spattering rain and a heavy overcast that felt overwhelmingly like Iceland. Until then, I was only missing Iceland abstractly, but after that, it all came back: the darkness, the winds, the icy gales. Why am I not there?

I love my friends, so much. And my amazing brother and fam. I am really lucky in all this.

2 thoughts on “My mom and four other things, one of them a headcold.”