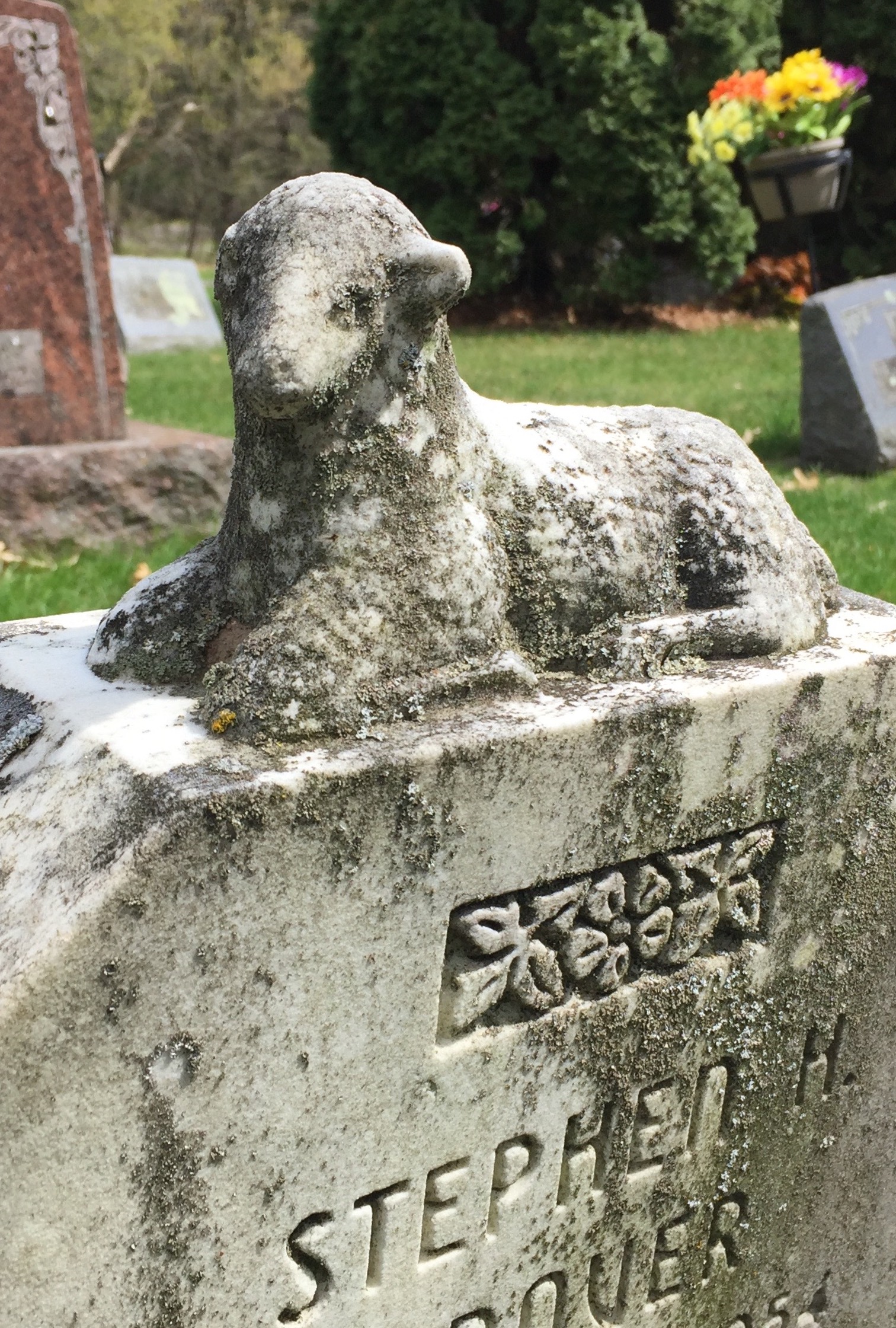 (This cemetery has a lot of deteriorated marble lambs.)

Last night I woke to a noise, a single gigantic peal of thunder. I’m used to thunder in many forms, but I knew even as I jerked awake that this was unique in my experience. It didn’t sound like any thunder I had ever heard, not a roar nor a crash nor a crack nor a rolling angry grumble. It sounded so unlike anything I was familiar with that I thought for a long moment that it had to be unnatural. An explosion at some local dynamite factory I don’t know about? A bomb going off? Why? Why in Rice Lake? I knew — knew — that there would be a physical sensation coming: the earth would rock or maybe windows would break.

I was wide awake waiting for that when the second, equally strange peal came. I don’t even know how to describe the shape of it, the weird way there seemed to be gaps in the sound, gashes: like looking down through layers of ragged clouds and seeing a storm sea far below. I woke up thinking of the ways people might have shaped such a sound, and now I started to think of the other things: angels crashing to earth, an alien ship landing, a Cthulhuoid tentacle smashing Mach as it slapped across northern Wisconsin.

Was I really awake? I certainly thought I was. There were only a few such peals, and then either I fell back asleep or they stopped. If I fell back asleep, clearly I was not as concerned as I might have been about the Last Trump or Godzilla rising. But this morning I still remember how strange they were. It is hard not to look for omens sometimes.

Not wanting to see things.
travel