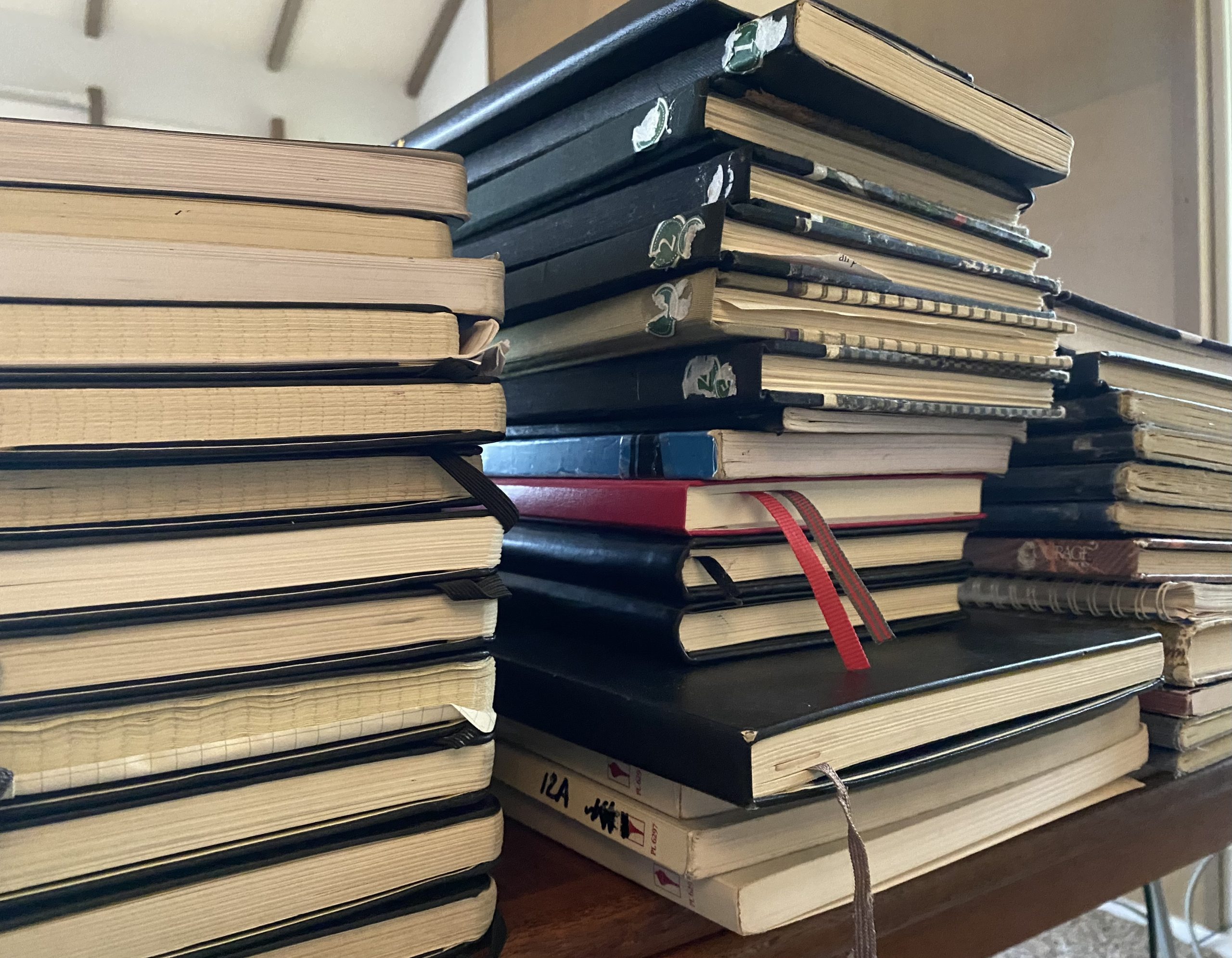 I have been meaning to sort through all these old journals of mine, getting some sort of index of what’s in them. There are sixty or seventy of them, and they vary wildly from to-do lists to personal musing to story ideas and semi-artistic little scribbles. I have started this project before, but it’s pretty daunting, ten thousand or more pages, and thousands of them were me working through family of origin or other traumatic events. I never really had the resilience to get through before this. And this of course doesn’t include the 1000+ pages of my old LiveJournal which was pretty confessional back in the day, or when I used to use Facebook as a blog: problems for another day.

I don’t have to read every word of what I wrote, thank goodness; but even skimming I noticed a few interesting insights:

When I started writing, I made a conscious decision to become a fantasy writer after a lot of thinking. There’s a five-page list with comments in 1984 or so (which is a year before I always thought I started writing), where I identified all the genres I felt I could write. Fantasy, historical fantasy, and SF were on the list, but so were Regency romances, crime novels, and mainstream literary (though I called it something else). The Kij Johnson who wrote crime novels would have been a very different writer, I think.

I wrote a lot of poetry in the 1980s. I had been reading ancient and medieval Japanese poetry, and got into the habit of writing haiku, haibun, and tanka pretty much every day. Some of it was good; some of it now looks pretty hamfisted.

When I was processing something in therapy, I took literally hundreds of pages to figure things out. I would routinely go through a 188-page notebook in less than three months. Some of those insights are things I am still working on, so writing them down evidently didn’t always make them stick.

I love research. Love it. I obsessively read about topics before I started writing, but after that, I started taking notes (usually in my journals) from whatever I was reading. Some topics never went anywhere: I spent a bunch of time around 1990 trying to get a handle on some advanced math. I know I had an idea for a fantasy featuring a math savant with multiple personalities (Kij, what?), and I took a lot of notes that, these days, might as well have been written by a stranger.

I was depressed all the time. Well, sometimes I was anxious, too. Of course, the journals would look like that: I wrote when I was trying to make sense of things, and I was always trying to understand or get out from under depression. But even when my memory of a time is happy, my experience at the time was colored by depression. I am so very, very grateful things have changed.